The Stone Dance Bible / The Chosen / The Wise / Beadcord

beadcord unwound from a reel

Beadcord is the ‘braille’ system of the Wise. It is a form of ‘writing’ that allows the Wise to use their only sense—touch—to read and ‘write’ texts without using their homunculi as intermediaries.

Beadcord consists of beads threaded in sequence on to a cord. The resulting cord can be woven into brocades, tapestries and wound on to reels to form books. The Library of the Wise consists of a large collection of these books that are stored and catalogued on specially constructed, portable ‘benches’.

Beads are distinguished by shape, texture and even by how cold or warm they feel depending on the material from which they are made. The variety of materials used is consequently great: shell, amber, semi-precious stones, metals. The resulting jewelled and multicoloured strands utterly confuse the sighted. 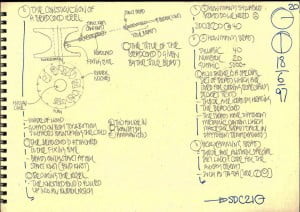 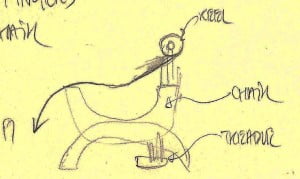 Beads used to encode particularly secret texts are often subtly shaped, and textured so that even the Wise have to imbibe haptic increasing drugs to read them

Beadcord Reels
Beadcord reels contain books, treatises, codicils and all other manner of ‘written’ material that the Wise maintain in their Library.

A reel is essentially a large wooden bobbin [about the size of a human head] very much like those we use for thread. Beadcord reels are hollow allowing them to be ‘threaded’ on to the spindles of beadcord ‘benches’.

Chairs located in the Library have a spindle on one arm upon which a reel can be placed and from which its beadcord can be spooled for reading. 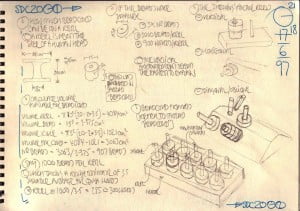 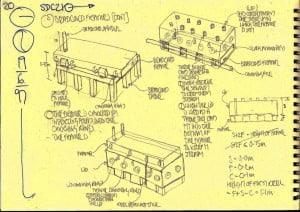 Beadcord Benches
Beadcord benches provide the means by which the 30,000 or so reels constituting the Library of the Wise can be organized.

Each bench is in fact a chest that, when open, sits upon its lid. The bench itself has ten spindles, eight of which can each hold up to three reels. The two ‘free’ spindles are used to move reels from one spindle to another as a way of giving access to the various reels in the lower two positions in a stack.

Lengths of beadcord hang from hooks around the chest, providing an index to the reels held on the corresponding spindle. This is essential to allow a Sapient to find the reel that he is looking for.

When the lid is not being used as a base for the bench, it can be used to cover the spindles thus sealing the chest and protecting the reels during transit.