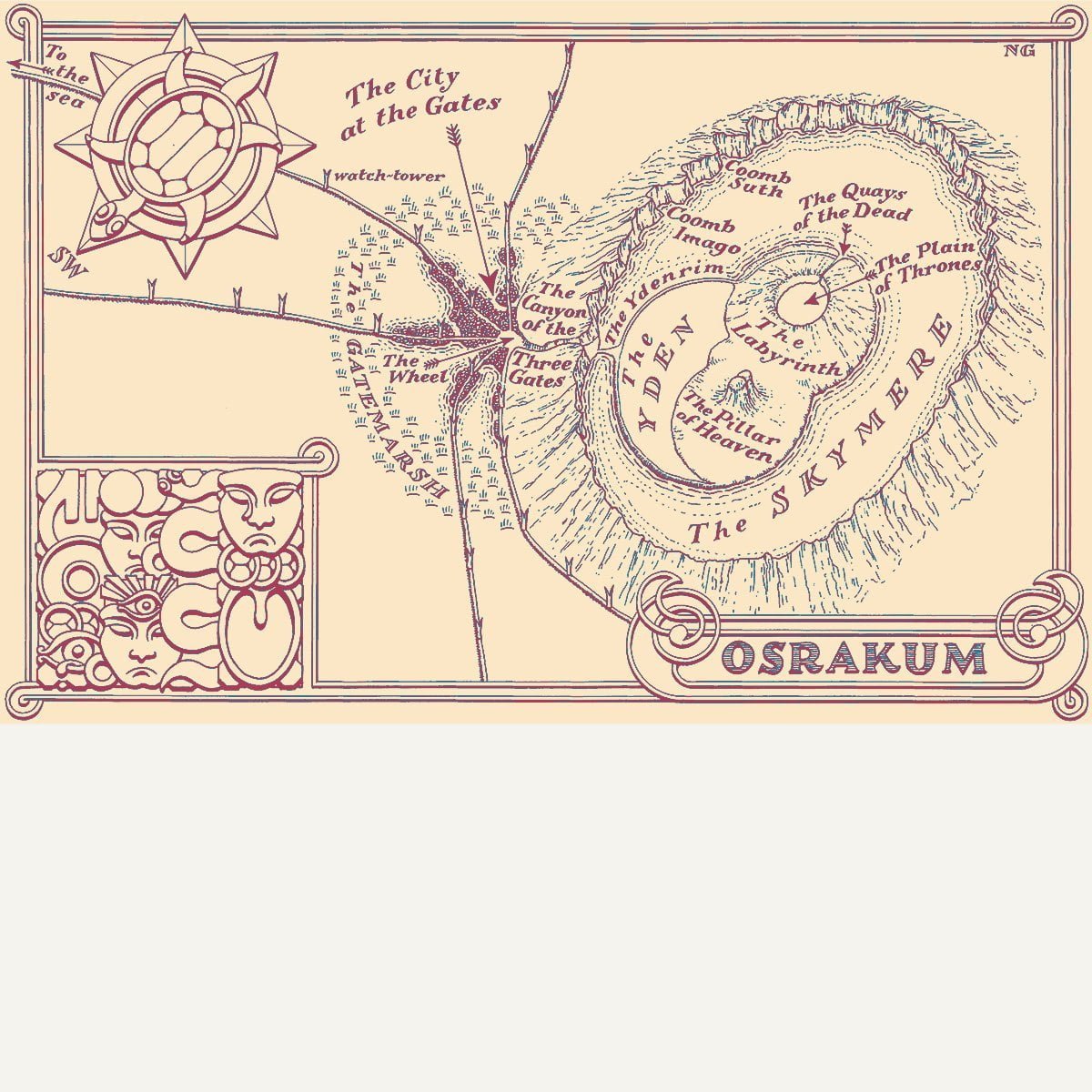 Osrakum is a volcanic crater containing the Skymere and, in the midst of this lake, the Isle. On the Isle is the smaller crater containing the Plain of Thrones and, beyond that, the Labyrinth. The Yden forms the greater part of the Isle. From the heart of this rises the Pillar of Heaven, hollowed into the summit of which are the Halls of Thunder. Cut into the inner surface of the crater’s Sacred Wall are the coombs of the Chosen. The Sacred Wall is only fully breached by the Canyon of the Three Gates that leads out to the City at the Gates in the Outer World