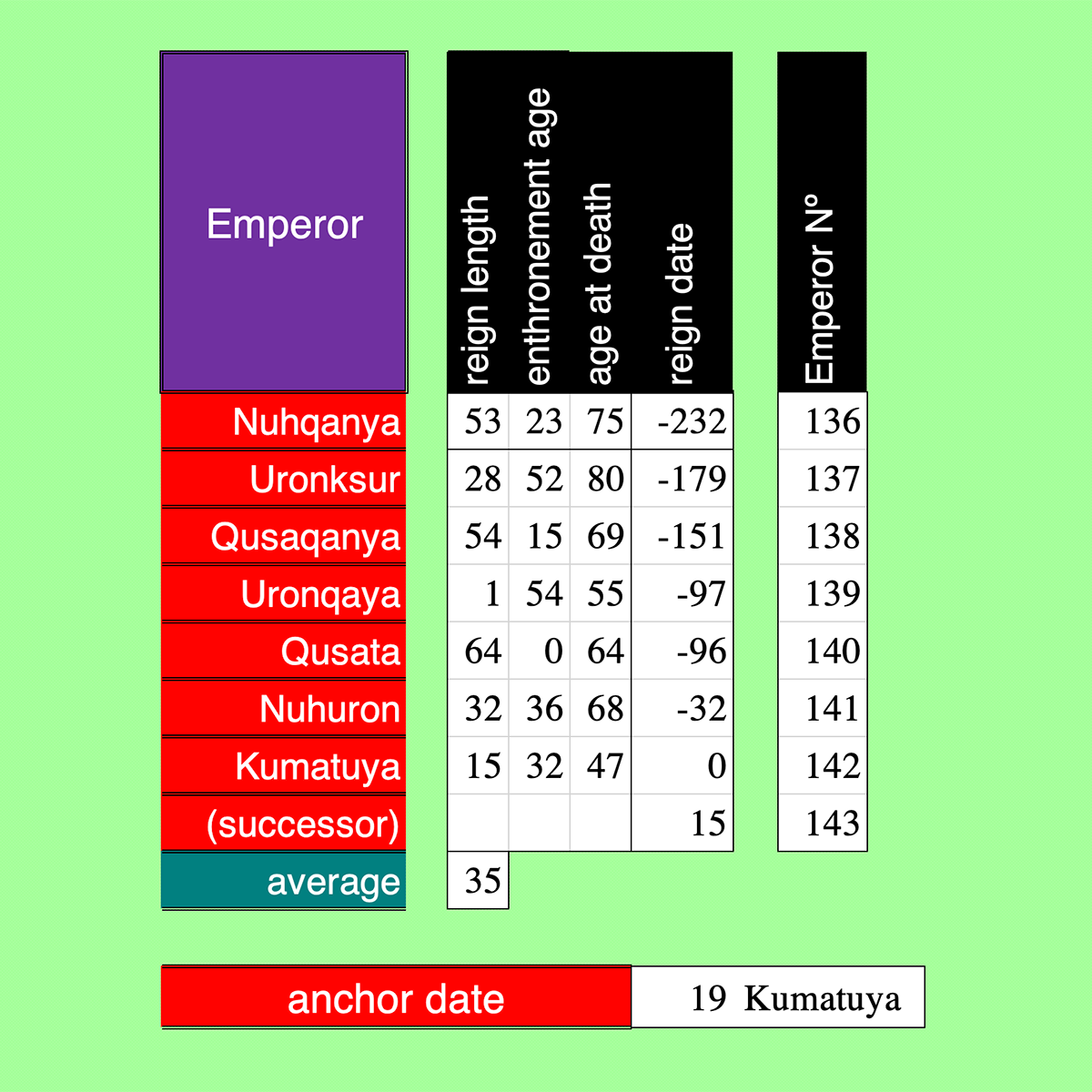 The Chosen use a calendar devised by the Quyans. Too keep track of events, both those directly described in the text of the Stone Dance as well as those that occur in the background, I devised a number of chronologies; some are cyclic and annual, others are sequential

The Chosen do not, as we do, number years from a fixed starting point, rather they number them from the accession of a God Emperor. Thus Kumatuya 4 would be the fourth year in the reign of the God Emperor Kumatuya