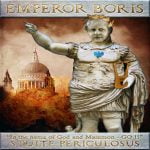 We, who live in the United Kingdom, have fallen into a habit of considering our politicians as a bunch of dissolute and feckless, mostly grey, ‘servants of the people’, whom we like to mock and complain about. Westminster seems a quaint, at times almost irrelevant, institution struggling to keep up with the times. We consider the United Kingdom a middling country with a relatively small population; though there are enough people here that many of […] 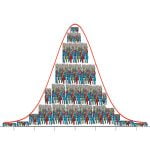 Have you ever wondered why so many recent political votes divide their electorate almost 50:50? This is my attempt at a simple—perhaps obvious—explanation. The results of the referendum for Scottish Independence (No 55.3%: Yes 44.7%) and the Brexit Referendum in the UK (Leave 51.89%: Remain 48.11%) seem to me remarkably close—especially given that in one case you had 3.6 million people voting, and in the other 33.6 million. Why were these not 60:40, or even […]

The Great Balance or the Balance of the Three Powers or, simply, the Balance, is the political system which ensures a power equilibrium between the God Emperor, the Great and the Wise. The diagram illustrates this equilibrium. The gold ring shows the Sacred Wall of Osrakum. The pale blue ring shows the Skymere. The Imperial Power [green] surrounds Osrakum with its legions and thus holds the other two Powers captive. But access to these legions is […] 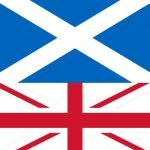 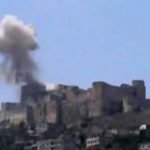 A Crusader castle is the latest victim of the Syrian civil war, but the damage to Syrian children may leave a more permanent wound. When some ancient site or remains are damaged by conflict, by the encroachment of habitation or industry, I feel sad at what may be lost. I felt sad when I heard about the looting of the museum in Bagdad, and a few days ago when I became aware that the Crusader […] 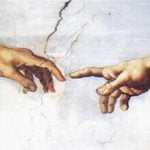 It is no surprise that human rights as a formal system, as legislation, should have arisen from the two cataclysms of ‘civil war’ that the Europeans brought upon themselves, and into which they drew so much of the rest of the world. As a way of trying to avoid descent into the horrors of the Rape of Nanking, of the Eastern Front, and of the Holocaust, it is essential, that at the heart of our […] 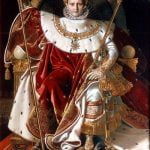 A mania for competition so possesses our societies that it is hard to imagine any other way of being, and yet I think it is critical that we free ourselves from its grip. In the West, the Christian churches, from long habit, had an explanation for everything. Alas, with the rise of science, these churches chose to cling to Old Testament ‘certainties’, with the result that, when the cosmology of ‘Creation’ was overturned, the New […] 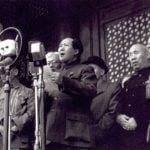 I have a notion as to why the Chinese authorities are delaying the opening of the tomb of the First Emperor, and it’s not the official reason given. I think I can also make a reasonable guess as to when it will be opened… In 221BC Qin Shi Huangdi became the first emperor of a unified China. Even though his dynasty collapsed shortly after his death, that unification has not been undone to this day. […] 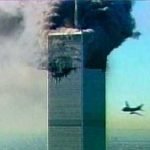 So Osama Bin Laden is, apparently, dead – but at what cost to America, the West and the rest of the world? I can’t help feeling that we, and the US in particular, mishandled the whole 9/11 catastrophe. At the beginning of a new millennium, attacked, all we could do was to resort to an eye for an eye. Worse, we used it as cover to attack an Iraq that clearly had nothing to do […]