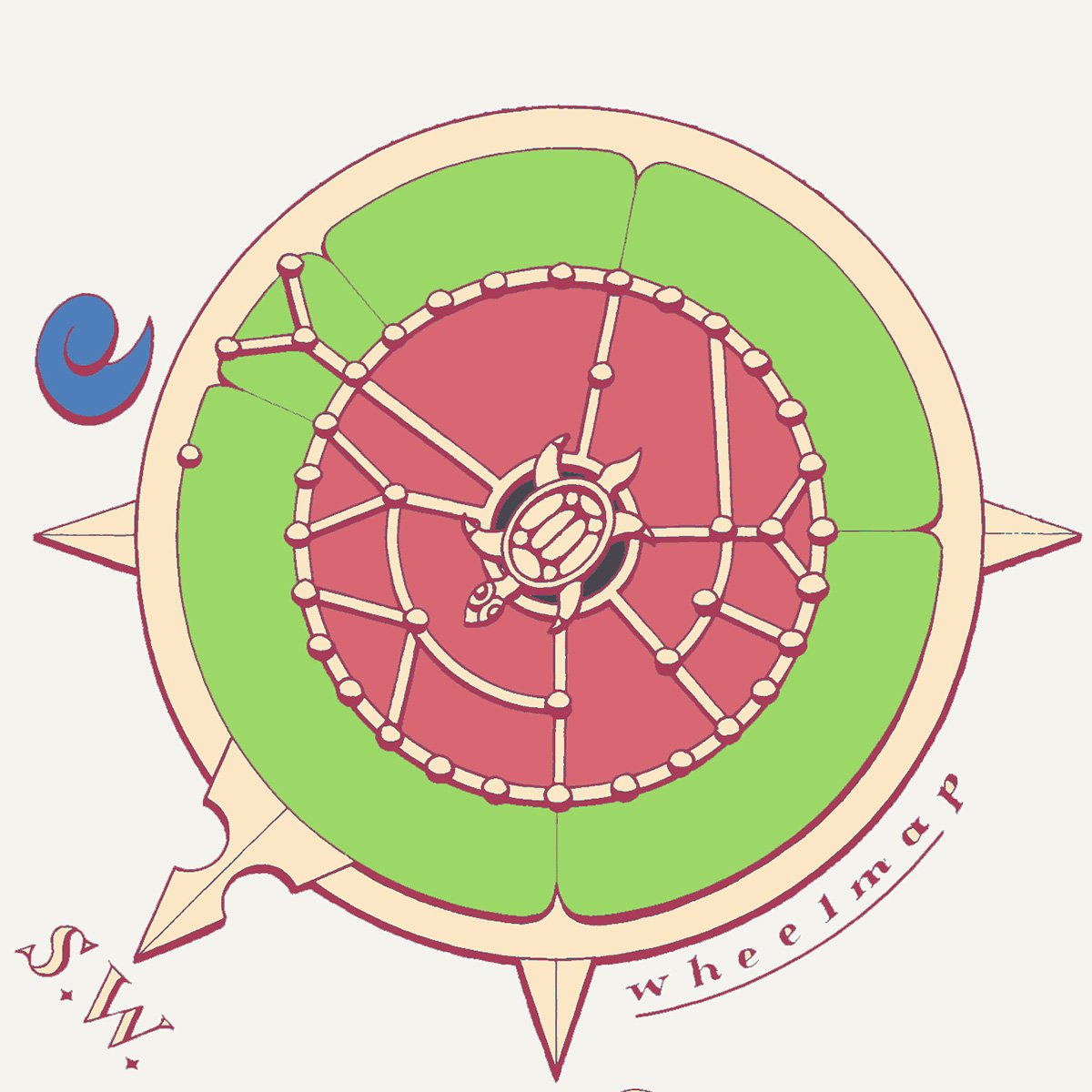 A wheelmap is a symbolic representation of the Three Lands: the Black Land of Osrakum, the Red or Guarded Land, and the Green Lands of the barbarians. Its is the symbol of the Commonwealth

The diagram shows a wheelmap as a compass rose aligned to the south west, from where the Rains come.

The system of raised roads is shown, with all the cities and with a ‘sea-wave-curl’ glyph indicating the sea lying to the north west.