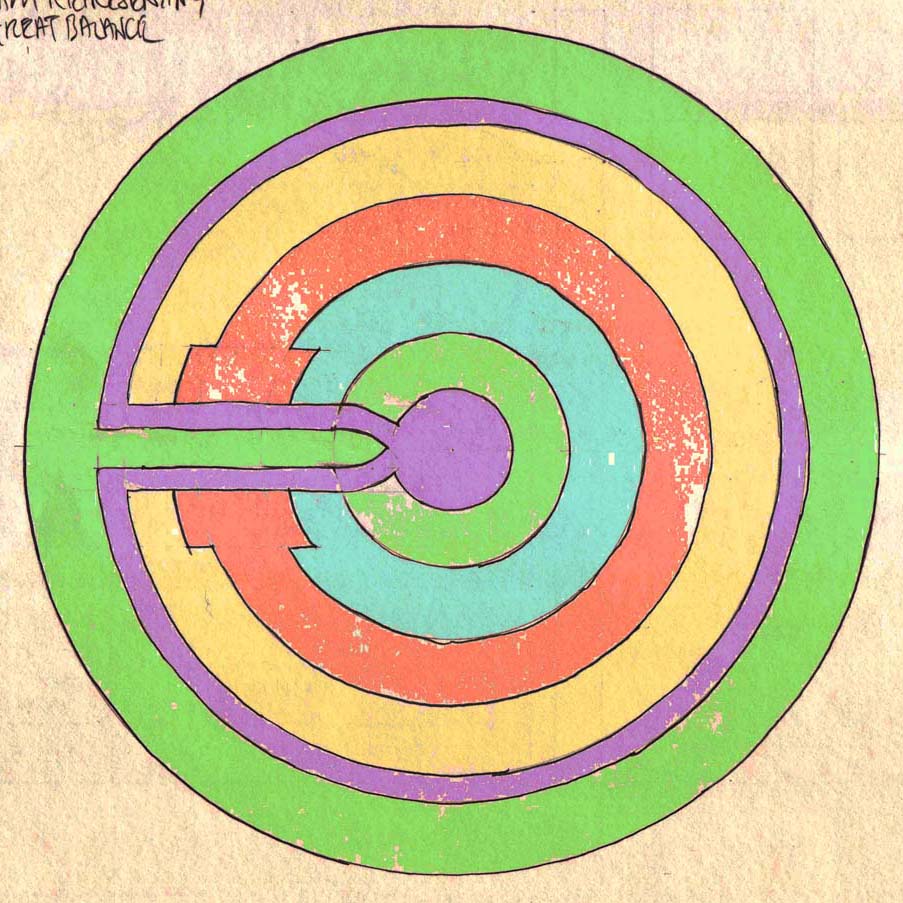 The Great Balance, or the Balance of the Three Powers, or simply ‘the Balance’, is the political system of checks and balances that ensures a power equilibrium between the God Emperor, the Great and the Wise.

The diagram illustrates this equilibrium:

—the Imperial Power [green] surrounds Osrakum with its legions, thus holding the other two Powers captive

—but access to these legions is controlled by the Wise [purple], as go-betweens

—the Great [red] also moderate this control by means of the Red Ichorians with which they physically control the Canyon entry into Osrakum. With this force the Great hold the other two Powers captive.

—the Imperial Power holds the Wise hostage within the ring of the Skymere by means of their Sinistral Ichorians. This force also keeps the Great at bay by defending the Skymere against their incursion.

—by administering the Law-that-must-be-obeyed, the Wise not only control the world outside Osrakum but also all communication between the two, between the Outer Land and the inner, Hidden Land. Additionally, their Law restricts and channels much of the flow of power within the caldera of Osrakum