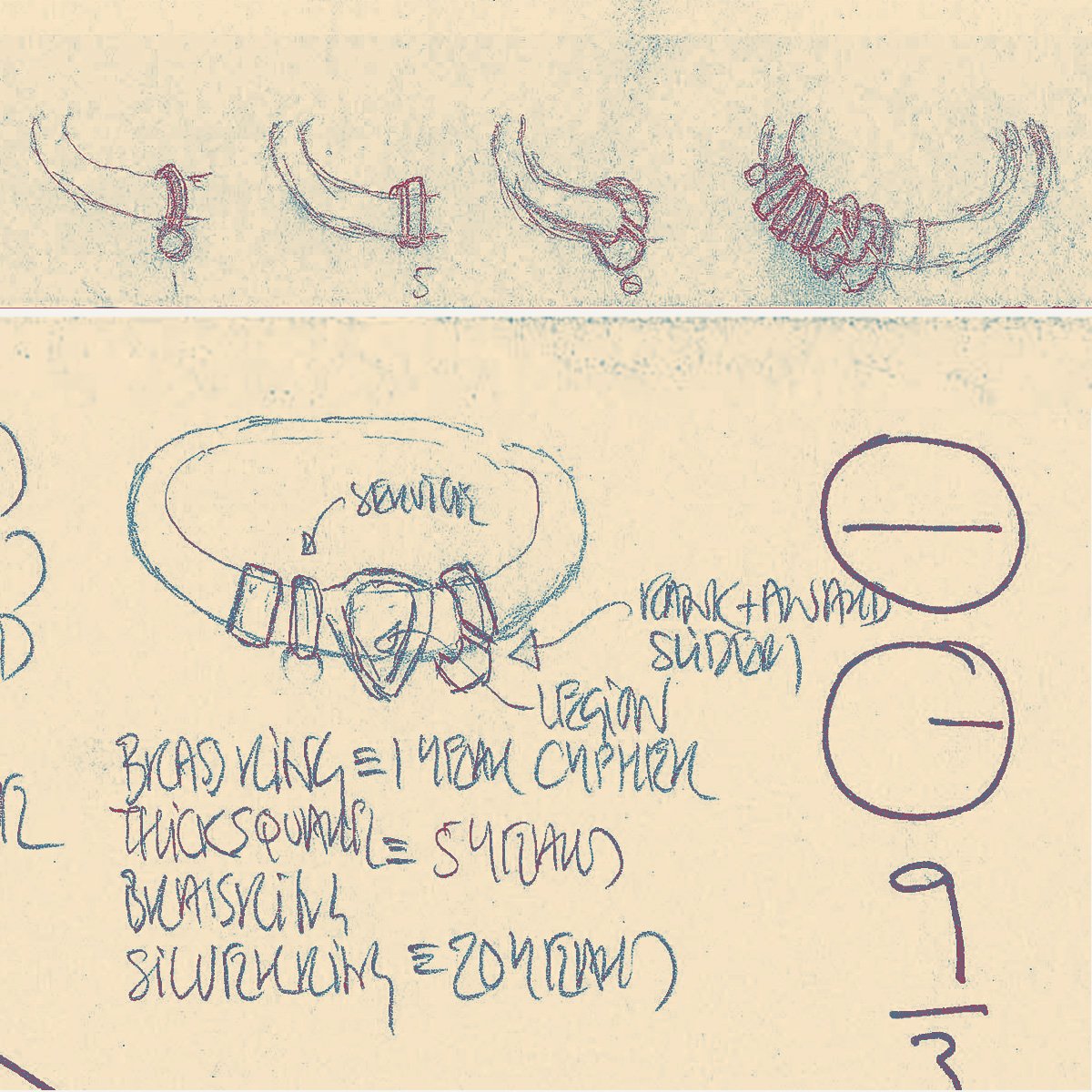 Collars forged from various metals and alloys are worn by all the various military personnel of the Commonwealth as a token of their service to the Masters and their God Emperor. Since metallurgy is a science that the Masters keep secret to themselves, only the Masters know how to remove them. Thus a service collar becomes a form of enslavement, since the Law of the Masters mandates that anyone found wearing one outwith their proper duties can be subject to terrible punishment

Service collars bear—at the throat—a boss depicting the sigil particular to the organization to which they belong—whether it be a legion, watch-tower, ship etc. To either side of this boss are a number of sliders indicating information such as rank and length of service. Sliders on one side of the boss will show rank and insignia: on the other the number of years that the wearer has been in service

The top diagram shows some of the sliders used to show rank: a spot ring (1), a bar (5), a ‘mual’ or broken zero ring (0). The fully loaded collar shows the insignia for a dragon quartermaster of the Ichorians. The middle diagram shows a collar that would either be worn by an auxiliary squadron commander or else an Ichorian commander of twenty. The bottom diagram shows the collar worn by the auxiliary commander of a watchtower