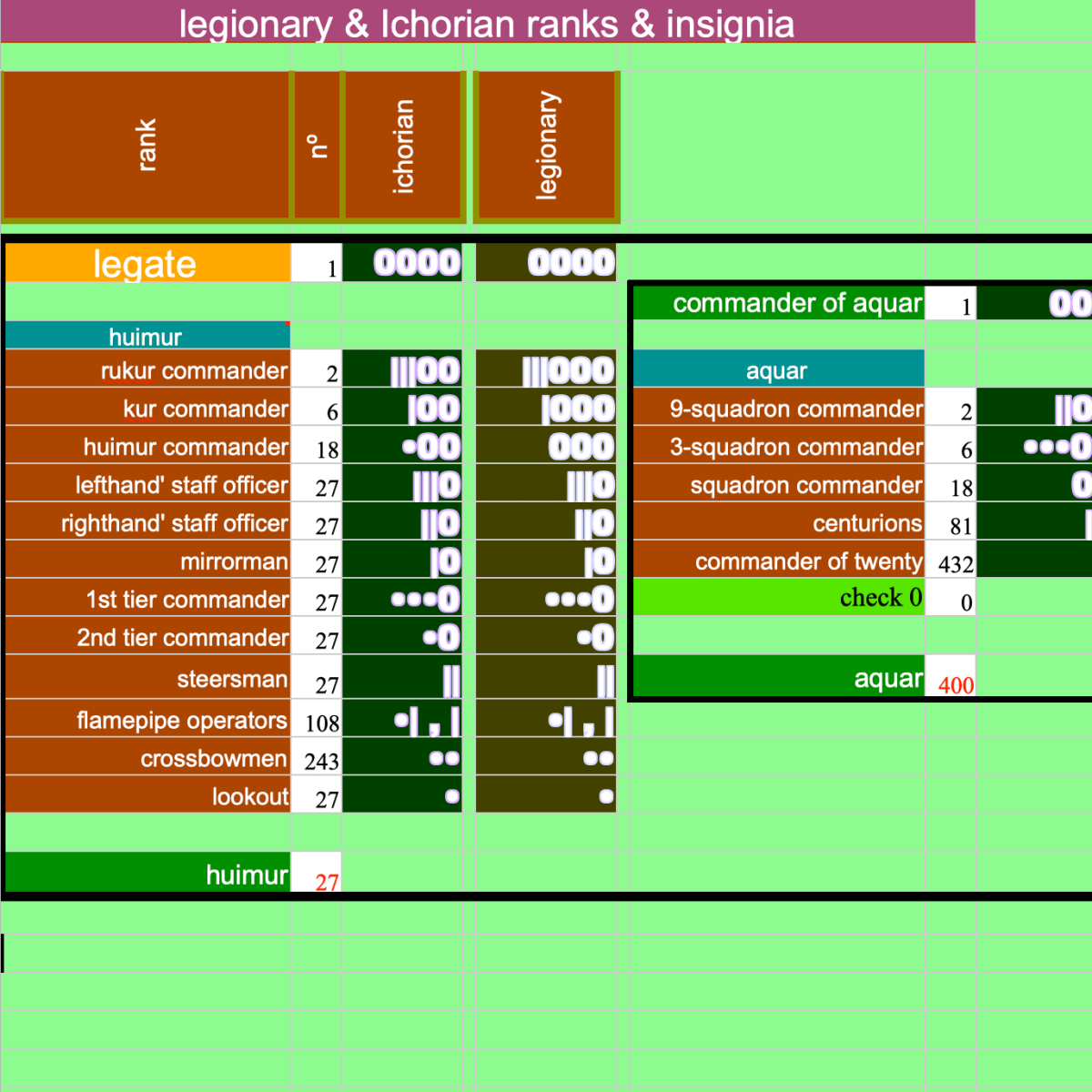 There are many categories of military personnel maintained by the Masters throughout the Commonwealth, but all of them wear metal service collars that carry sliders. One of the functions of these sliders is to indicate rank.

The second diagram shows some of the work that culminated in the tables displayed in the first diagram. These tables show the ranks and insignia for the Ichorians, for legionaries and auxiliaries. Those displayed cover ruhuimur (or dragon) crews and auxiliary or other aquar-mounted forces. If you expand the image it will extend to cover legionary support staff.