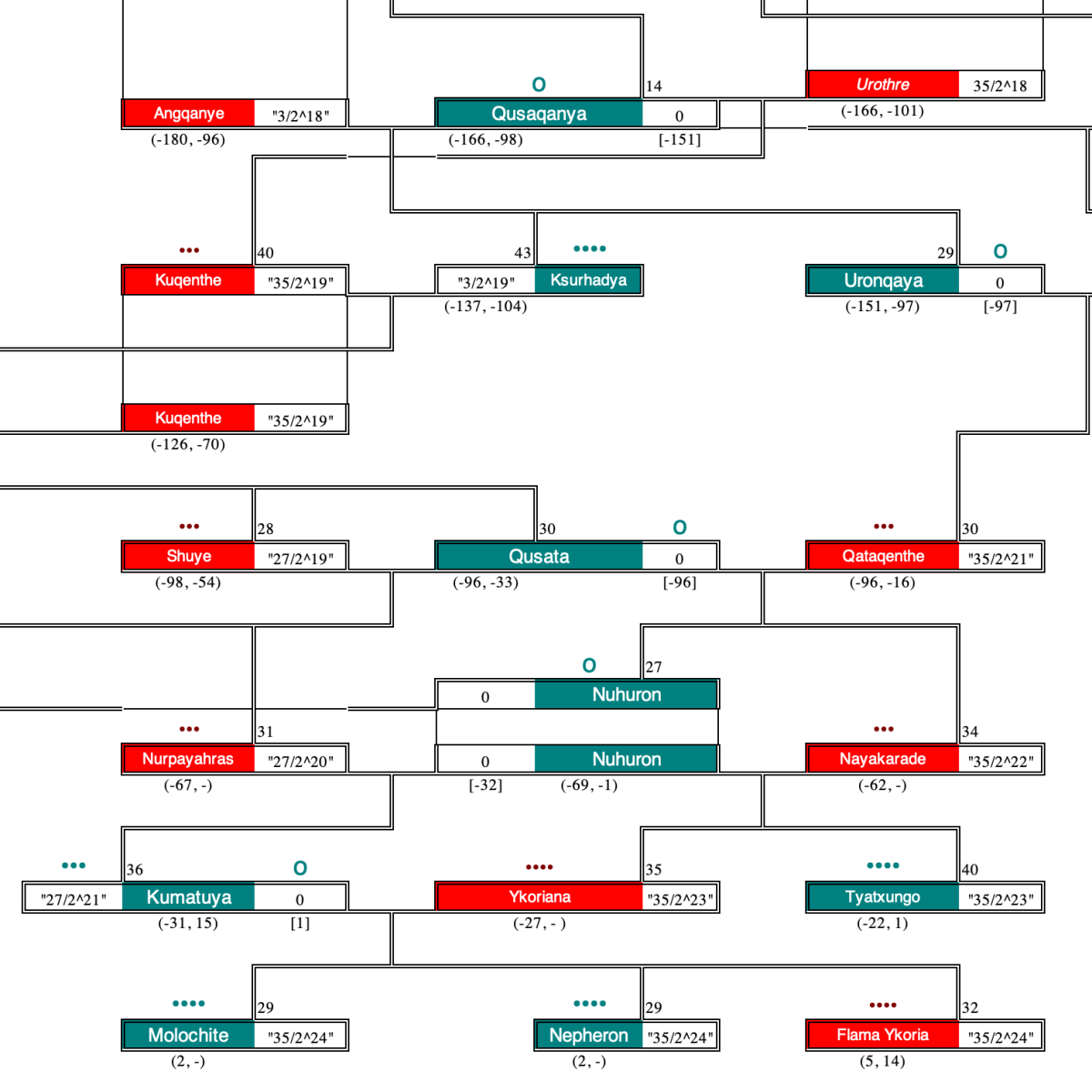 This is the family tree for the House of the Masks—the Imperial House.

Though brides are sometimes brought into the House of the Masks from the Great, for reasons of maintaining blood purity intermarriage is predominantly sought within the House itself. Thus the prevalence of incestuous unions: mothers marrying their sons; sisters their brothers

Whatever his initial blood-taint, a God Emperor’s blood is believed to become perfectly pure at his Apotheosis. This zero taint has a purifying effect on the blood of Their offspring, whose taint is thus determined by the purity of its mother’s blood

The execution of all males whose purity of blood falls close enough to that of an elected candidate means that there are never many males in the Imperial House of high blood rank. This tends to give its women a pre-eminence in the election of God Emperors

It is in this context that the very special favour gifted to Sardian—by the God Emperor Kumatuya of his own sister, Azurea, as wife—can be best understood. Among the Great, Carnelian is thus possessed of particularly pure blood