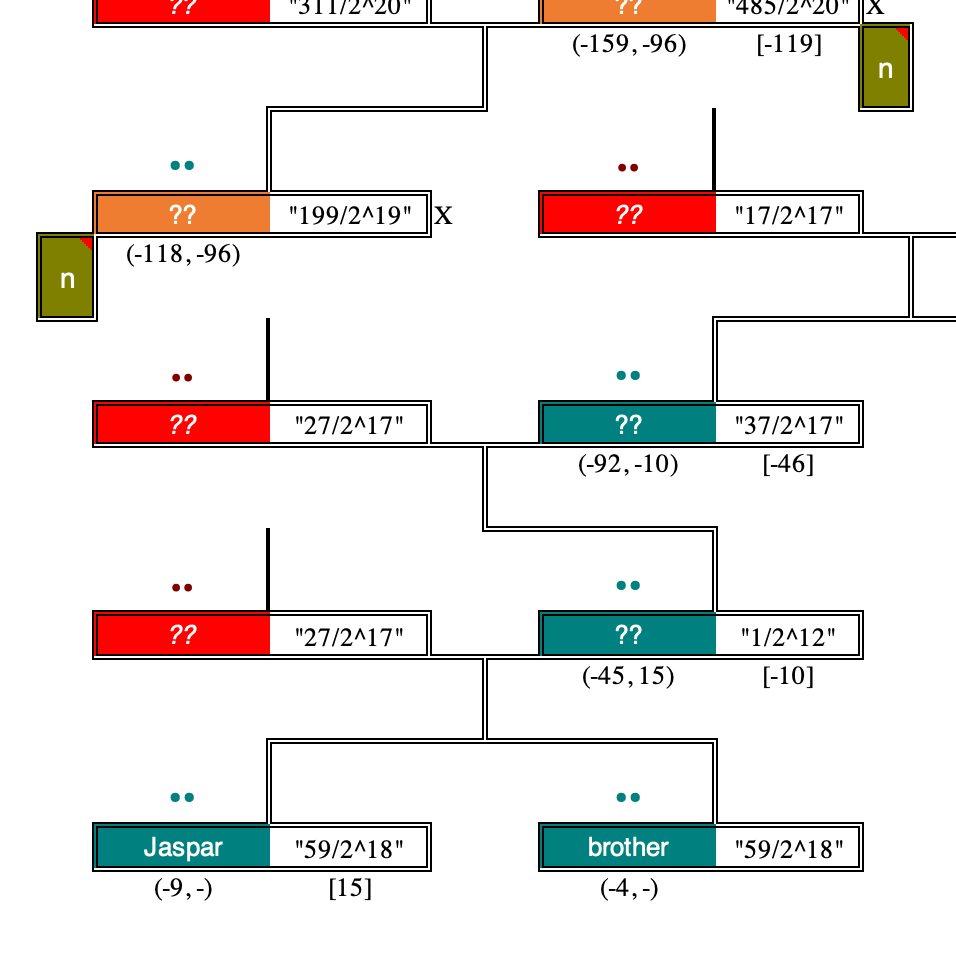 The reason that I explored the Imago family tree in such detail was because I wanted to understand how a House came to lose its first lineage. Such a loss occurred in House Imago—95 years before Carnelian was born—when a father and son (shown in orange) were involved in the succession crisis of the God Emperor Qusata. Their blood-taints were close enough to his that they were sacrificed at his Apotheosis. Many other Houses lost their first lineages at this time. Jaspar is a descendant of an offshoot of that first lineage that, before the crisis, had been destined to be a second lineage.