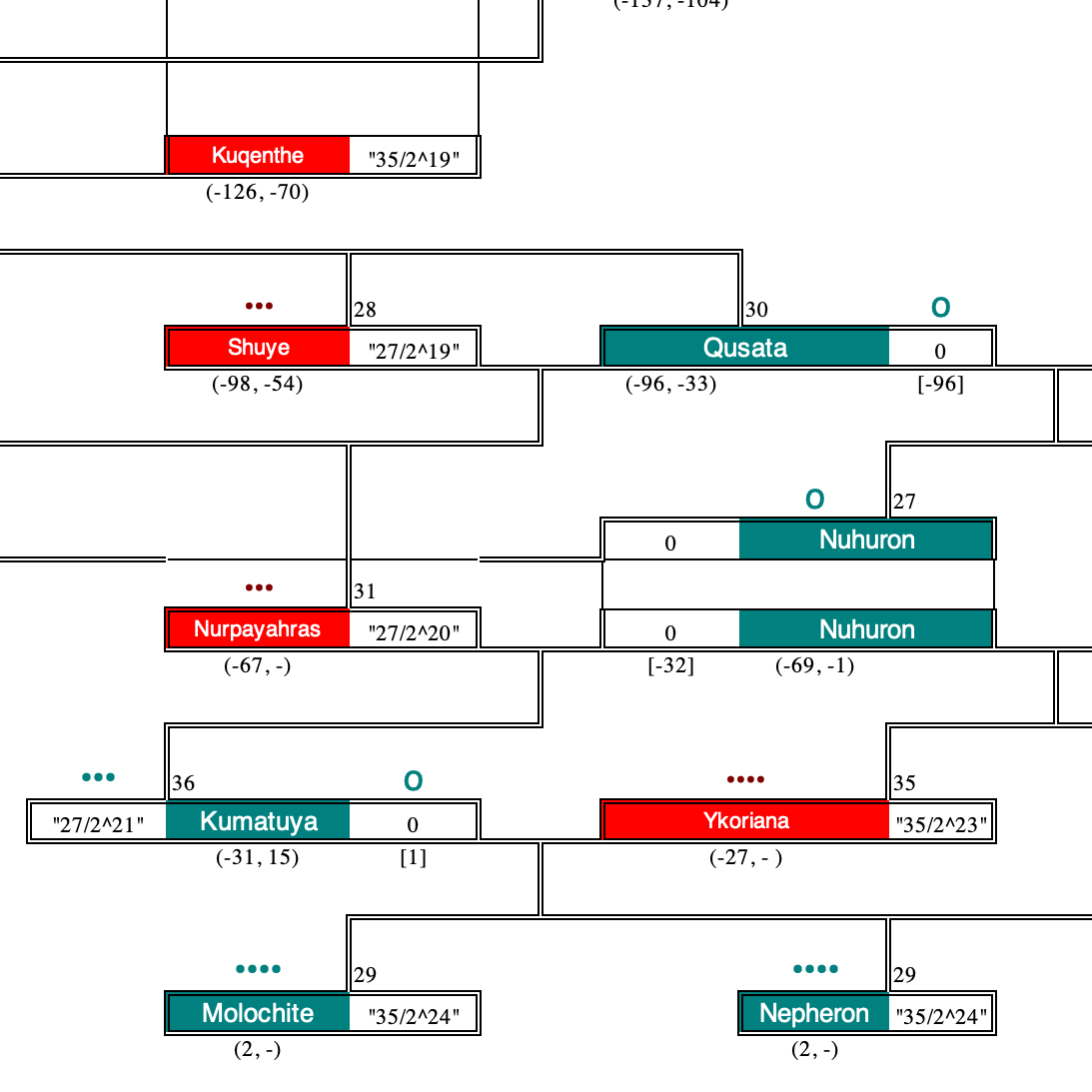 In this detail from a family tree, females are shown in red and males in blue. Vertical lines between boxes indicate lineal descent. Horizontal links indicate pairings resulting in offspring. The numbers in a name box show that person’s blood-taint. Males who have gone through the Apotheosis are shown with a “0” taint to indicate that their blood has been transubstantiated into ichor. The number of coloured dots above a name box indicate blood-rank. The number above a name box indicates the age of an offspring’s mother at the time of their birth. Numbers in curved brackets beneath a name box indicate the year of birth followed by the year of death. Numbers in square brackets indicate the year when a candidate achieves his Apotheosis. All years are given relative to the reign of Kumatuya