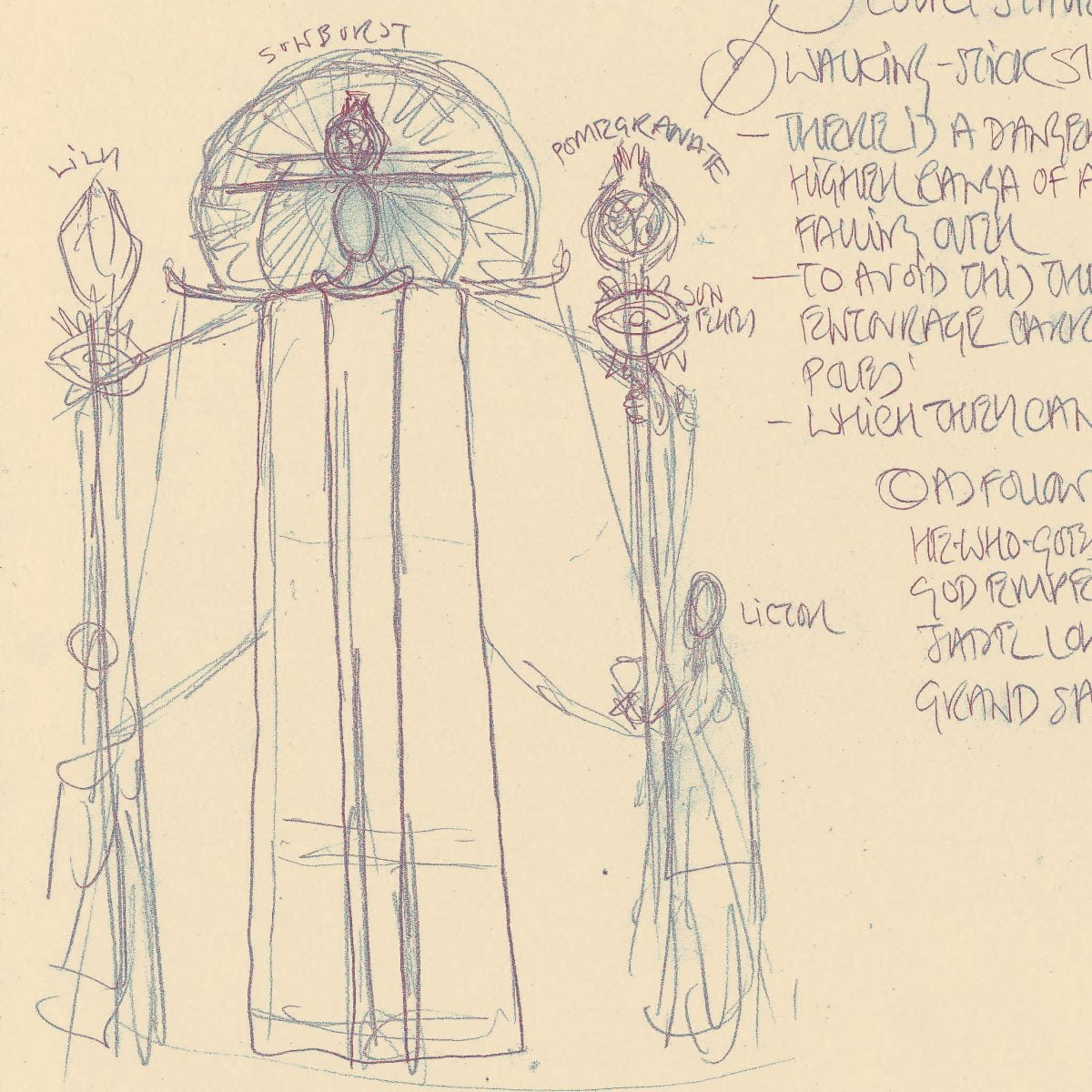 Court robes are worn by the Chosen and the Wise at the court of the God Emperor. Architectural constructions as much as costume, a court robe consists of a skin woven from precious metals and stones hung over a framework of tiny bones. These rough sketches give an indication of how they might appear

Note the extreme height resulting from the wearing of court ranga worn. Note also the sculptural integration of the crowns with the robes. The heraldic themes expressed in a crown is carried down the front of the robe in a vertical band

The second sketch shows He-who-goes-before with his two lictors; only the God Emperor wears taller ranga

Note the court staves, not only allowing the display of sigils representing the powers of the Lord, but also acting somewhat like ‘ski poles’ to stabilize the Lord on his high ranga

He-who-goes-before’s court staves bear pomegranate and lily finials, symbolizing command of the two Ichorian legions that control the Canyon of the Three Gates. Each stave also bears the rayed sun-eye that matches the mask worn by He-who-goes-before and indicating that he is the representative of the Great

Note also the pomegranate forming part of the crown