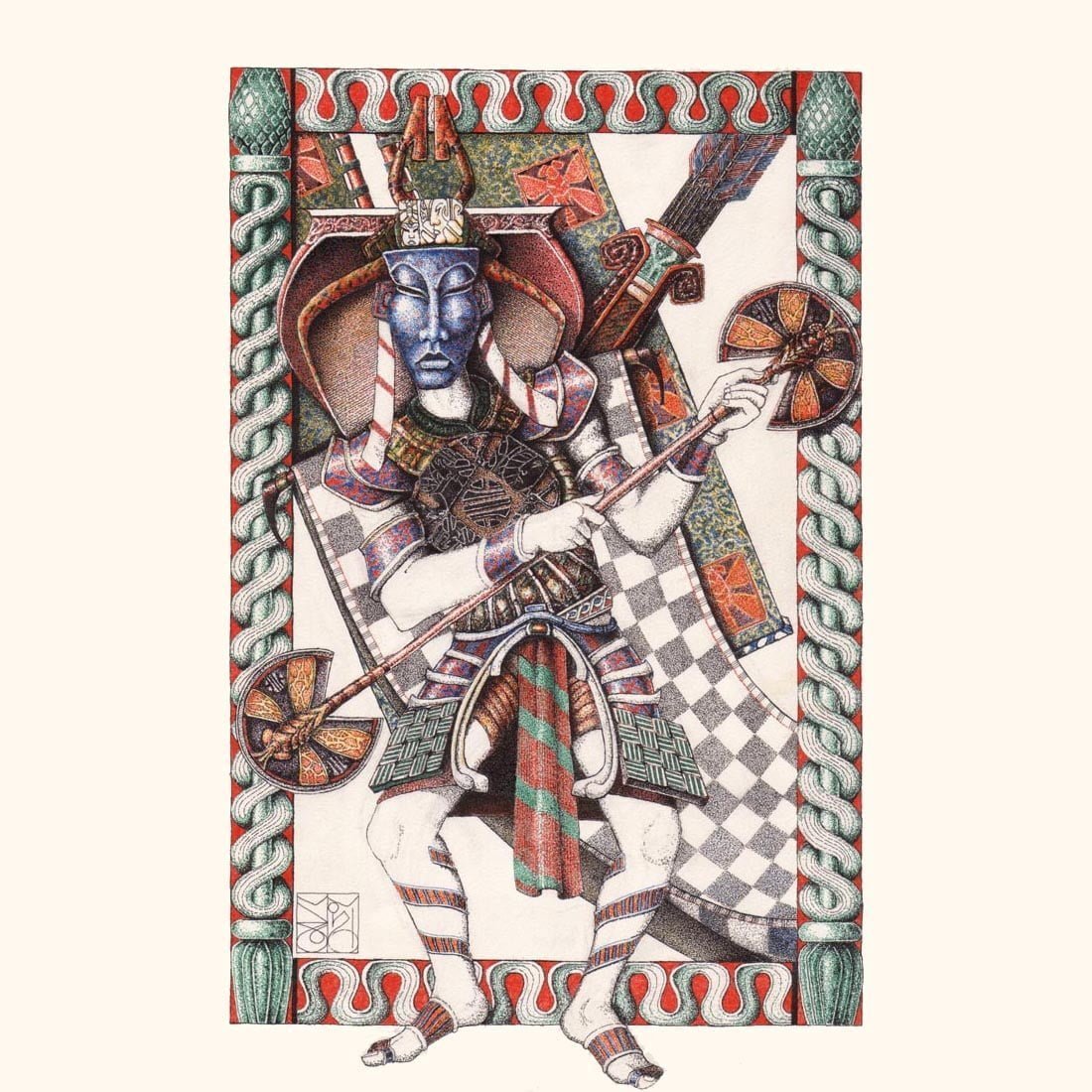 This drawing predates the Stone Dance: a drawing of Carnelian even before I had really conceived of him; even now I can’t claim to fully understand its iconography

The mask Carnelian is wearing is of blue stone. It was of this material rather than gold that I orginally imagined all the masks of the Masters were made. Only towards the end of the writing of the Stone Dance did I come to realize that this blue face prefigured the end of the story

The breastplate bears at its centre the ‘nu’—the gylph for ‘desolation’—and around it other glyphs showing titles.

The glyph above the head of the figure identifies that this is Carnelian. In the first couple of registers are the components ‘stone’ and ‘blue’, over ‘face’: thus ‘blue-stone face’, which was how I originally wrote the Quyan ‘mahar’, meaning “a Lord of the Chosen”

The third register reads as ‘stone’ and ‘red’ which is ‘carnelian’. The final register has ‘face’ with the ‘stone’ component superimposed over it, and that reads as ‘marakal’ or ‘mask’, that at that time I thought wrote ‘marua’ or ‘House (of the Chosen)’

The final component is that of a dragonfly

The heraldic dragonfly is everywhere on the image. For a long time I believed that Carnelian was of the House of the Dragonfly, only later discovering that his sigil was the chameleon. Jaspar and House Imago inherited the dragonfly sigil