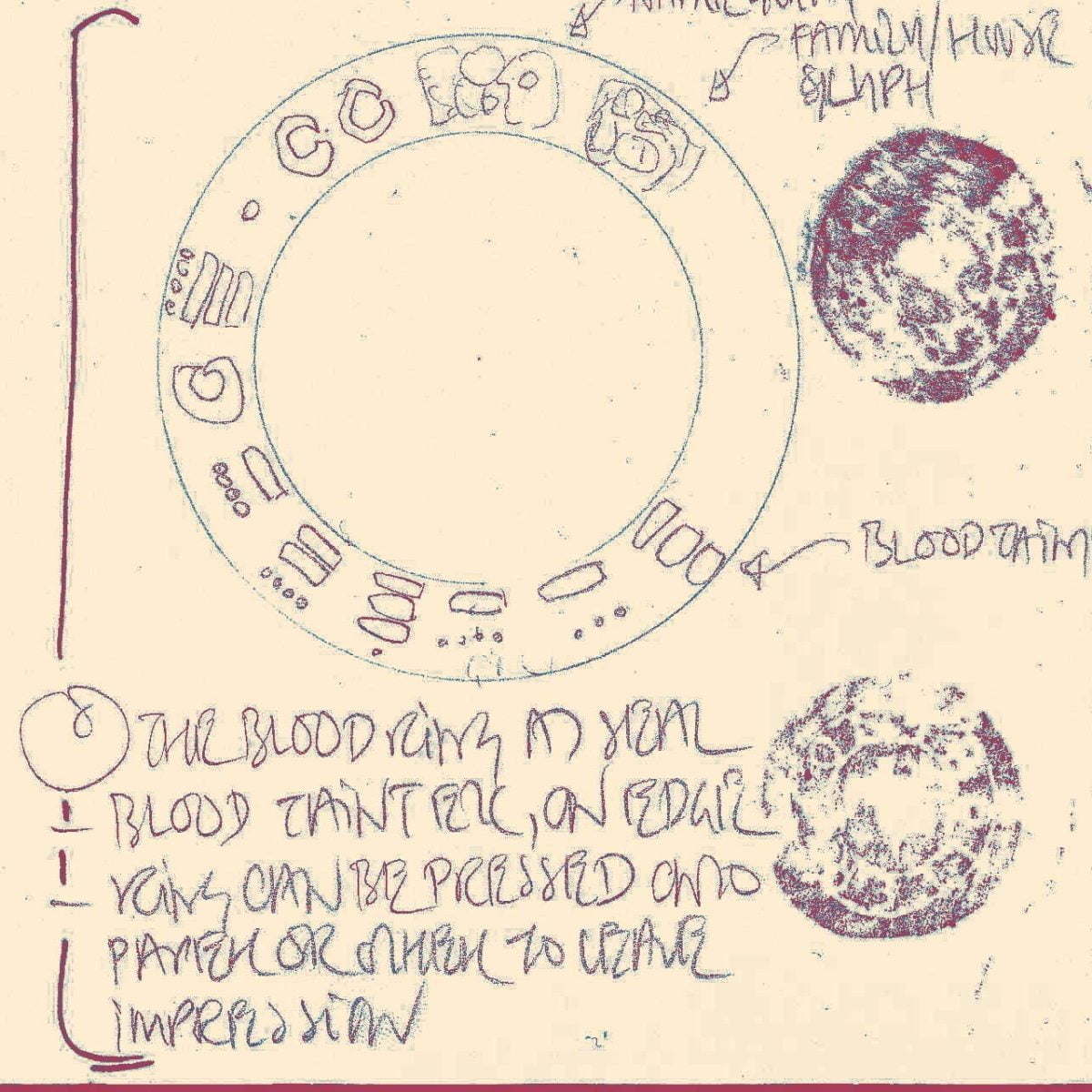 The Chosen believe that their blood sets them apart from other beings. It is in their blood that their semi-divinity resides, derived ultimately from descent—however partial—from a God Emperor. The Chosen believe that, at his Apotheosis, a new God Emperor receives the ‘essence’ of the Twin Gods, transmuting his mortal blood into pure ichor: the divine, burning blood. A child fathered by a God Emperor receives the gift of this ichor intermixed with the blood of its mother.

Deriving ultimately from a God Emperor, each of the Chosen carries a proportion of this ichor in their veins. The fraction of blood that is not ichor is called their Blood-Taint and is calculated in quyan fractions by the Wise, who record it in their Books of Blood. A person’s blood-taint is inscribed along the edge of a blood-ring that they are given when they comes of age. This ring is made of precious iron, whose smell and rust symbolize ichorous blood. Such rings can be used as seals with ink and wax

Further, each of the Chosen has the blood-taints of their mother and father marked on their back with scarring combs. This marking is carried out by the Wise at the child’s birth. The father’s taint is put on the right side of the spine: the mother’s on the left.

A blood-rank is the number of serial zeros in a blood-taint fraction before a non-zero is reached. Anyone with at least one zero (in the first position) is considered to be of the Great. One zero confers blood-rank one; two zeros blood-rank two and so on. A blood-rank of three is rarely found outside the House of the Masks—the God Emperor’s own House. Blood-rank four is very high indeed and indicates a blood-taint with zeros in the twentieths, the four-hundredths, the eight-thousandths and the one hundred and sixty thousandths. Ykoriana is the first woman for generations with such pure blood