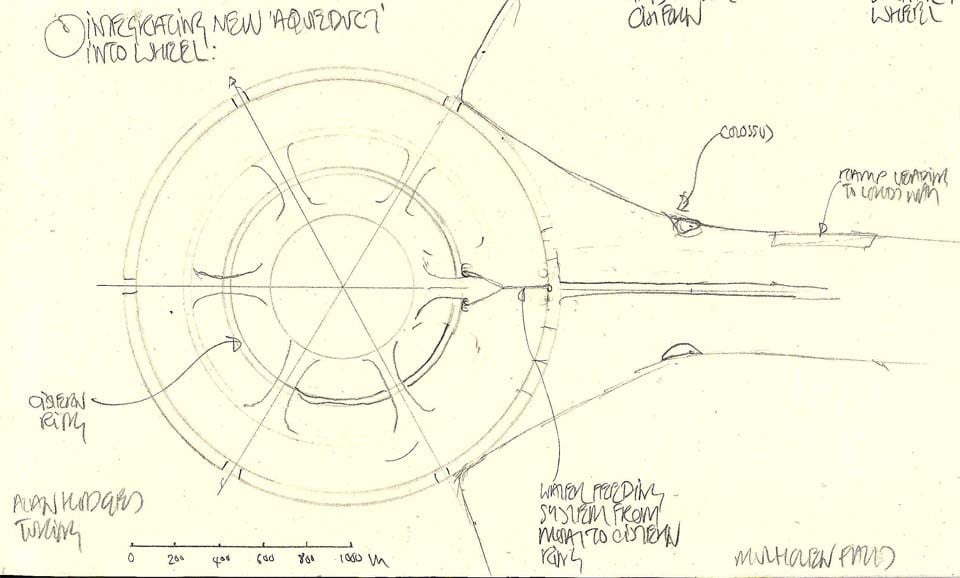 the final form of the Wheel 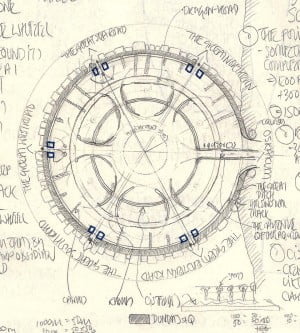 the original form of the Wheel

Five great radial roads bring a constant flood of travellers from the rim of the Guarded Land to pour them finally into the Wheel: the greatest market of the Three Lands and the heart of the City at the Gates.

More than 100 000 people can throng this vast plaza. Here all the world bring their goods to offer to the Masters in their Mountain. From the Wheel, the Canyon of the Three Gates leads up into Osrakum.

The Wheel is moated and watered by the river that flows down the Canyon and which is the run-off from the Skymere lake which fills the caldera of Osrakum. Water carriers ply a trade throughout the City selling this water which is considered precious from its association with the Masters. On their part, the Masters see the run-off as their sewer.

It is from this market that the criminal organization the Brotherhood of the Wheel take their name.