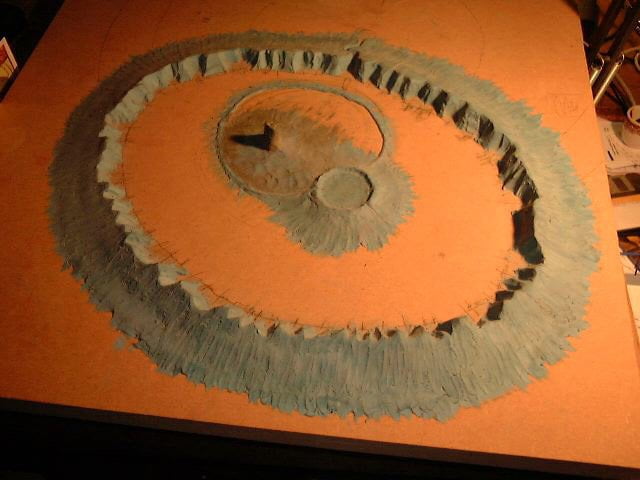 view from the east

from the west showing the Canyon of the Three Gates 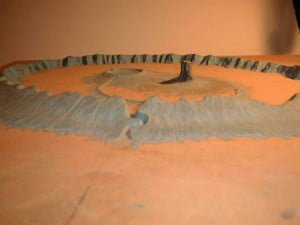 view from the west

I made this model to better understand the complex landform that resulted from the collaboration with Professor Ben Harte—alas, it was destroyed in a house fire.

The crater of Osrakum contains the Skymere lake and has the Isle at its centre. On this island are the smaller cone and crater, that contains the Plain of Thrones, the Labyrinth, the Pillar of Heaven and the Forbidden Garden of the Yden.

The edge of the large, almost submerged crater is the Ydenrim, holding within its circle the Yden and the Pillar of Heaven. The ‘orange crescent’ within the Ydenrim is the region filled with shallow lagoons.

The Sacred Wall of the crater, cut along its inner edge by the coombs of the Chosen, is only fully breached by the Canyon of the Three Gates that leads out to the City at the Gates.