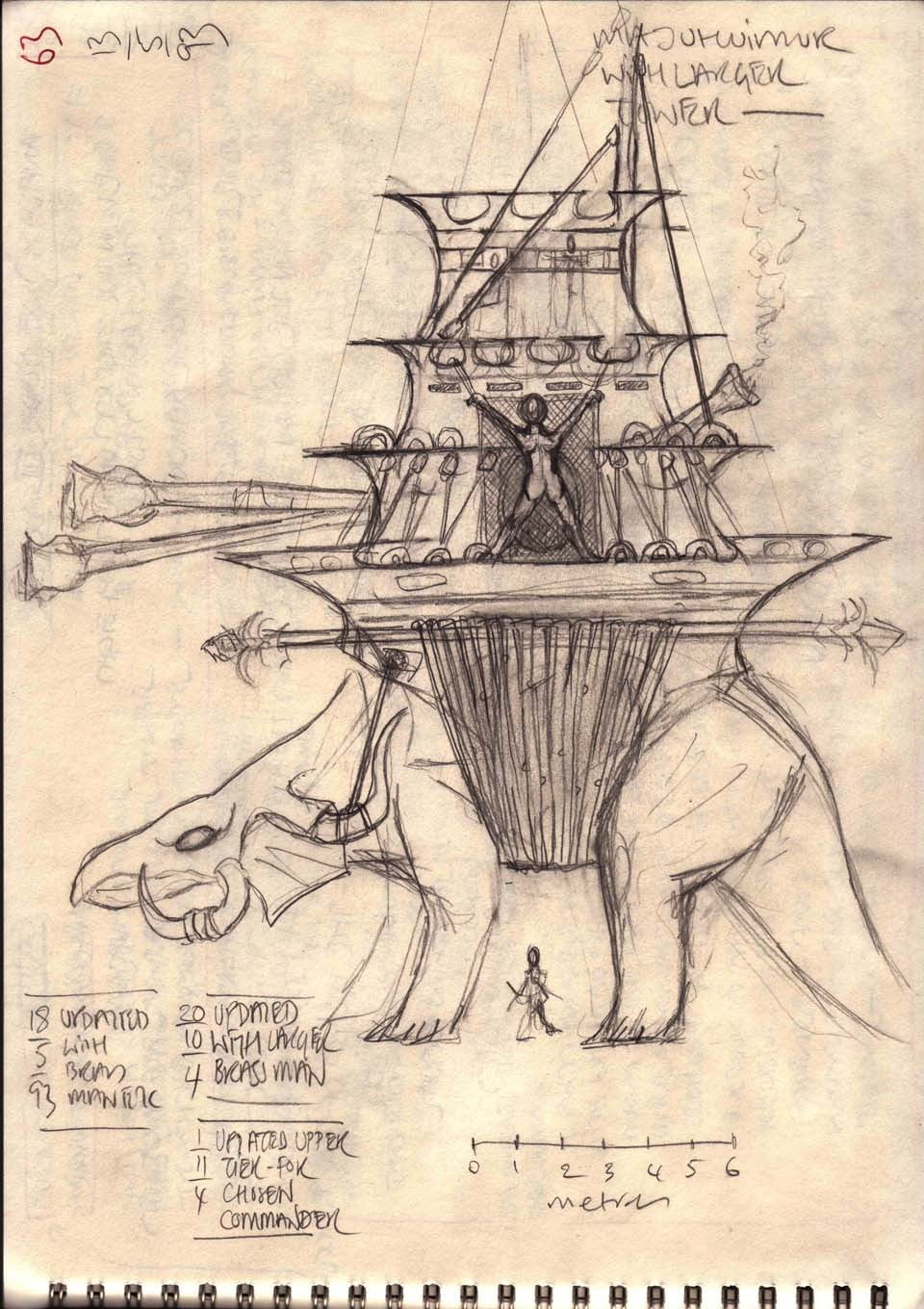 a dragon huimur with its tower 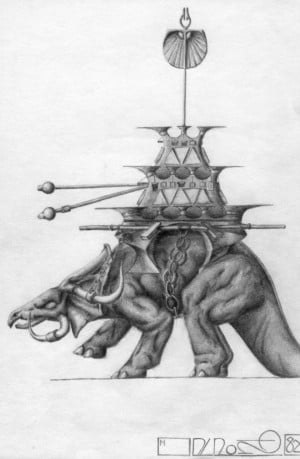 The drawing to the right is one that I produced in 1982, and that predates the writing of the Stone Dance by decades – showing how long I have been brooding ideas for the books. The diagram above shows the final form that a dragon and its tower took. The original image was produced in 1993, but was constantly modified during the writing of the First Edition of The Third God as I began to understand how everything worked. The tower grew in size, requiring calculations of its weight, how much naphtha it could carry and the bearing capacity of a ruhuimur. There is a small human figure depicted on the ground to give some sense of scale. Note the rigging that binds the upper part of the tower to its base, the two flamepipes projecting forward, the brassman closed over the oval doorway into the tower, the chimneys out of the back and the horizontal pole to which the ropes of the ‘girdle’ are bound.
← Back
Buy Books