how the quincunx came into my mind… 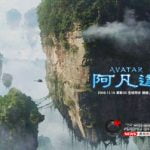 At a time when a great fuss is being made about Google’s sudden discovery of morality that has made them pull out of the Chinese market – it occurs to me that this apparent reaction in China to the film Avatar is suggestive. It is perhaps not the full frontal assaults of such ‘champions of freedom’ as American corporations or Western leaders lecturing their Chinese hosts about human rights that are going to bring down […] 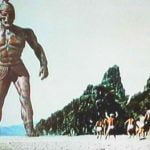 From ancient times man has dreamed of being able to give life to one of his creations. In Greek mythology, Hephaestus (Daedalus as well, I think?) constructed ‘robots’ (Talos, for example, Hephaestus’ gigantic bronze warrior of “Jason and the Argonauts” fame). It was not understood then how intelligence was going to be far more difficult to produce artificially than self-powered movement. When I was at school, there was much talk about chess playing computers and […]