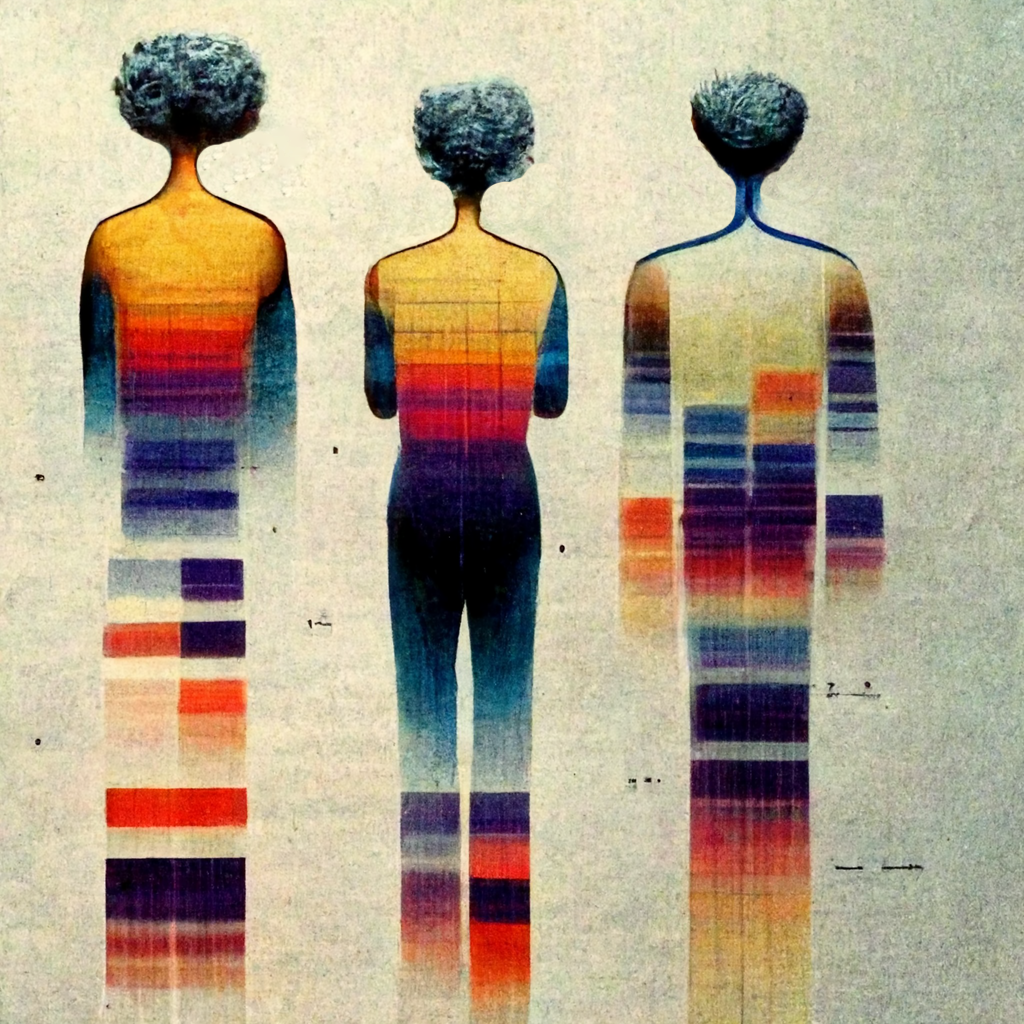 Rather than burying this conceit in some science fiction story, I am presenting it here for your interest

If we knew all the operative genes in an organism’s genome, it would be possible to assign to each a unique prime number and, if we multiplied all these together, the resulting product would be a number—let’s call it an Organism Number—that defined that organism. Further, we know that such an Organism Number would define an organism’s genome uniquely, because the Fundamental Theorem of Arithmetic, proved long ago by Euclid, states that every integer greater than 1 can be represented as a unique product of primes: that is, given any Organism Number, its factorisation would produce a unique string of primes.

All the organisms that constitute a species, must have a subset of their genomes—a subset of genes—that they hold in common. Returning to our primes, the product of this subset would form a Species Number. If you divide this number into any Organism Number, and the remainder is zero, then we know that that organism is a member of that species.

But this sort of operation can be applied on many levels. More contentiously, for example, if we could find all the genes that are involved in a particular metabolic pathway, the product of the primes for those genes would give us a number that characterises that pathway. Again, if this number divides into an Organism Number with a remainder of zero, we can expect that organism to have that metabolic pathway*. Similarly, it might be possible to derive a number for an organ, or a specific anatomical structure such as a fin, or a feather, or an eye. There might even be a number for a disease, certainly we would expect there to be one for a genetic disorder.

What I am proposing with this conjecture is that, if it were possible to fully count how many operative genes each sort of organism has, we might be able to investigate the relationships between organisms, both living and across time—and on every level, from structure to chemical pathways to disease—entirely numerically, using computers.

*of course, it could be more complicated than this—an organism could have all the genes to enable a particular metabolic pathway but use another one instead

adjunct one: a wave in the sea

This notion of representing genes with prime numbers came to me when I was thinking about familial relations, and my current preoccupation with the nature of descent and inheritance (the illusion of lineages, for example).

A person’s Organism Number could be seen as the numerical representation of that person—though, strictly speaking, this number would only represent a person’s genome, not the phenotype that the circumstances of their life sculpts from that genome, and there is the further complication of epigenetics. But let’s not make this too complicated, for my daydream, it did not seem unreasonable to suggest that a person’s Organism Number represents much about that person that their family would recognise as being what makes them one of their family.

What I was reaching for with this metaphor was how, as we follow familial descent, through parents, to children, to grandchildren to great grandchildren—we focus on the familial similarities, though these are slowly fading down the generations, so that what is really going on—under the hood, as it were, and in the context of this piece—is an exchange of prime numbers; that it’s all about the numbers, the ’selfish genes’; the Organism Number. The identity of a person, is as transient as a wave in the sea.

This is, of course, a simple application of Gödel Numbering to living things

The prime corresponding to a given gene might occur twice in an Organism Number, because that organism could carry a copy of that gene on each of two paired chromosomes.

A further refinement might be to give the alleles of a gene—the varieties of a given gene, such as those that code for brown and blue eyes—the same prime number, but to express each allele with a different prime power. So that, for example, a gene’s alleles might be represented as P, P3, P5, P7, P11 etc. The reason I have omitted P2 is because that would occur when you have P on each of two paired chromosomes, which would appear as P x P in an organism’s product of primes.