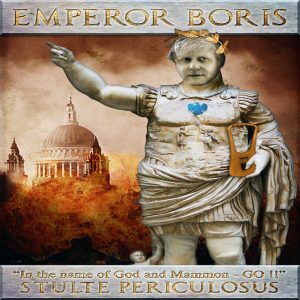 We, who live in the United Kingdom, have fallen into a habit of considering our politicians as a bunch of dissolute and feckless, mostly grey, ‘servants of the people’, whom we like to mock and complain about. Westminster seems a quaint, at times almost irrelevant, institution struggling to keep up with the times.

We consider the United Kingdom a middling country with a relatively small population; though there are enough people here that many of us feel these islands crammed.

In the recent General Election, because of the peculiarities of our ‘first past the post’ voting system, less than half the people who voted have elected a party that, by dint of its sizable majority in Parliament, empowers its leader, Boris Johnson, to do just about whatever he wants. He is now something akin to an elected monarch.

The Roman Empire had a population of between 50 and 60 million people—less than, though comparable to, the population of the United Kingdom. Boris Johnson now exerts power over as many people as did Nero.