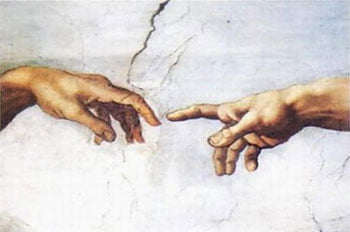 It is no surprise that human rights as a formal system, as legislation, should have arisen from the two cataclysms of ‘civil war’ that the Europeans brought upon themselves, and into which they drew so much of the rest of the world. As a way of trying to avoid descent into the horrors of the Rape of Nanking, of the Eastern Front, and of the Holocaust, it is essential, that at the heart of our politics, we should enshrine a reverence for human beings.

No doubt one reason why some regimes resist Western attempts to make them adopt human rights legislation is because they wish to continue abusing, with impunity, the people they have power over. China, for example, has long resisted pressure from the West to ‘improve their human rights record’. Governments in Africa, to whom the West offers loans with human rights conditions attached, are turning for help to China, who is only too happy to provide this aid without such pre-conditions. Of course human rights are not the only strings attached when you deal with the West, there are also economic conditions – such as the opening up of a country to the ‘free market’ – as well as all manner of other political demands. Not that any of this is new: the West now offers what once it imposed, when it had the power to do so. Colonial ‘development’ was explained to the ‘natives’ as being in their best interest. Importantly, those economic and political interventions of the West went hand in glove with a proselytising morality: Christianity and Christian values.

Christianity was at the heart of the European imperial project. It was there with shackles and burning when the Spanish ravaged the Americas; it was there with the missionaries that penetrated various ‘dark continents’. It seems to me that this was not a different project, but an earlier form of the modern one: for it is accepted that ‘human rights’ are a refined and ‘de-god-ed’ evolution of Christian values. As such, it is possible to see Chinese resistance today to American diplomats trying to attach human rights conditions to a trade agreement, as a continuation of the earlier attempts to force China to open herself up to missionaries; as she was forced, by gunboats, to open herself up to trade.

Here we see the problem I believe is inherent in Western human rights: their genesis in Christianity. If human rights occupies the same space in Western hearts that was once occupied by Christianity, is it surprising that people of different faiths, of cultures that did not evolve with Christianity, should resist this imposition? That we in the West do not recognize this link allows us to be as blind in our conviction of the superior morality of our position, as we were when we destroyed and enslaved the Aztecs, while all the time convinced that we were doing them a favour – after all, were we not saving their souls? Thus, the functional goal of attempting to stop holocausts, can be lost in this natural human resistance to our zealotry.

But even this is not my primary concern. Rather it is that I believe that there is a profound error at the very heart of Christianity, one that is so deeply embedded at the very beginning of the Bible that its effects permeate Judaism and Christianity: namely that man is made in God’s image and that His creation was put here for our use. This, it seems to me, is the fatal flip side of human rights: the primacy of humanity and our divinely ordained dominion over all other living things and the planet Earth itself – the Universe even. This flip side is evident in everything the West does – it contaminates our culture on every level – and as our culture has become the global culture, this error seems destined to become the birthright of humanity. The hubris that we see demonstrated all around us, is built into Western culture at its most inner, Christian core. It informed, and informs, the path of history from industrial revolutions, to the colonisation of North America, and the imperialisms of the West. It profoundly determines the way we live now. The whole economic drive that we are using to destroy the planet and to exterminate the wondrous variety of ecosystems and living beings on it, is informed by that central understanding that we are made in the image of god, and that that god has made the world for us to use as we wish. It does not matter that so many of us in the West have lost our faith, for we still hold that covenant between us and creation to be true.

So I say that we need a new covenant with Nature, one that is guided by what science is teaching us about the true nature of the world and our place in it. Once we see that we have no such human right to exert dominion as we do, then perhaps we can stop this wilful destruction, and so save the world and ourselves, from ourselves.