The Stone Dance of the Chameleon 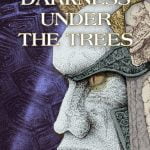 I am delighted to announce that The Darkness Under The Trees, the fourth book, of the seven that will constitute the Second Edition of The Stone Dance of the Chameleon, is now available on any Amazon as an ebook, and as a paperback from a more limited number of stores. I published it on the 20th June to mark the Summer solstice—the midpoint of the Second Edition, at the midpoint of the year of its […] 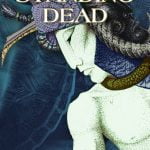 I am delighted to announce that The Standing Dead, the third book, of the seven that will constitute the Second Edition of The Stone Dance of the Chameleon, is now available on any Amazon as an ebook, and as a paperback from a more limited number of Amazon stores. It was published on the 10th May, in memory of my father, on his birthday. It was meant to be published on the 11th April at […] 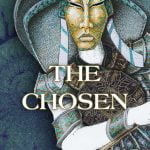 I’ve changed the cover of The Chosen, volume two of The Stone Dance of the Chameleon. I was working on the cover for volume six, when I noticed that the cover for volume 2 didn’t sit comfortably with the others: the image sat too low on the page. I experimented a bit, and created the new cover you see here. Comparing the new with the old, I hope that you will agree that the new […] 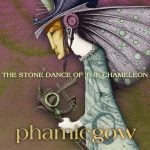 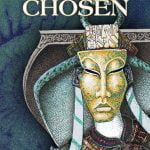 I’m pleased to announce the release of the second volume of the Second Edition of the Stone Dance, The Chosen (I hope people aren’t confused by my recycling of the First Edition titles—it’ll all make sense in the end!). I published the book on Saturday because I wanted to give it a leap year publication date. My previous experience taught me that it takes time for a new book to propagate through the Amazon ecosystem. […] 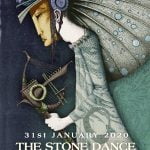 I am happy to announce that The Masters, the first volume of the seven that will constitute the Second Edition of The Stone Dance of the Chameleon, is now live as an ebook on all Amazon stores, and as a paperback on Amazon in the USA, the UK, Germany, France, Spain, Italy, Japan and Canada. The First Edition took me at least ten years to write, and the Second Edition a further two—the traditional publishing […] 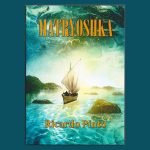 As part of the process of ‘clearing the decks’—in the run up to the publication of The Masters—I want to pay a little attention to my novella, Matryoshka—with a special offer over the next two days on the limited edition hardback (see below). After ten years working on the Stone Dance, I set out to write something considerably more modest, and Matryoshka was the result. To be honest, I overshot: it was supposed to be […] 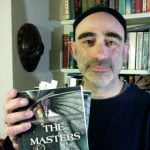 Following your feedback, I decided that I would simply raffle off the proofs. One of you, Tooru, suggested that I video the process and so I did—you will find it below. If you recognise your name being called out, please send me an email with your snail address so that I can post you the book. Do let me know if you would like me to write anything in it. I will try and contact […] 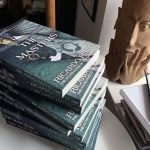 Happy Twenties! Let’s hope they’re cheerier than the Tens or Noughties. As I run up to the release of the first volume of the Second Edition of The Stone Dance of the Chameleon, I have a stack of proofs to giveaway. They sat by my stove for a while, but I couldn’t bring myself to burn or recycle them, and a friend suggested I give them away. They are from different phases of the proofing […] 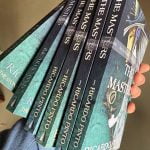 Before writing this, I read my last post on this issue and discovered that I’d claimed that the new Second Edition Stone Dance books were going to start coming out in weeks… and that was weeks ago. Oops! I thought that plan had only been in my head, and had forgotten I’d ‘said it out loud’. Oh dear. My apologies. If you read the First Edition, you will know that I missed my delivery times […]