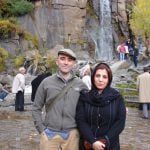 Just a quick post to comment on the ‘situation’ in Iran. Friends and family keep telling me that I’m “lucky” to have got out of Iran before this business with the British embassy in Tehran blew up. I cannot help but notice how the coverage on the TV here is very similar to that that I saw before I went to Iran. I cannot help further noticing that the comments people are making to me […] 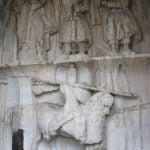 I’m in Kermanshah at the moment where it is raining gorbehah and sagah. To be able to inflict this (feeble) joke on you, I wanted to confirm what “cat” was in Persian and, since my bad pronunciation wasn’t doing it, and because my taxi driver’s English was rudimentary, I had to resort to making animal noises and feline impersonation (worse than rudimentary, I’m afraid). After an embarrassingly long period attempting this he suggested, cooly, in […]