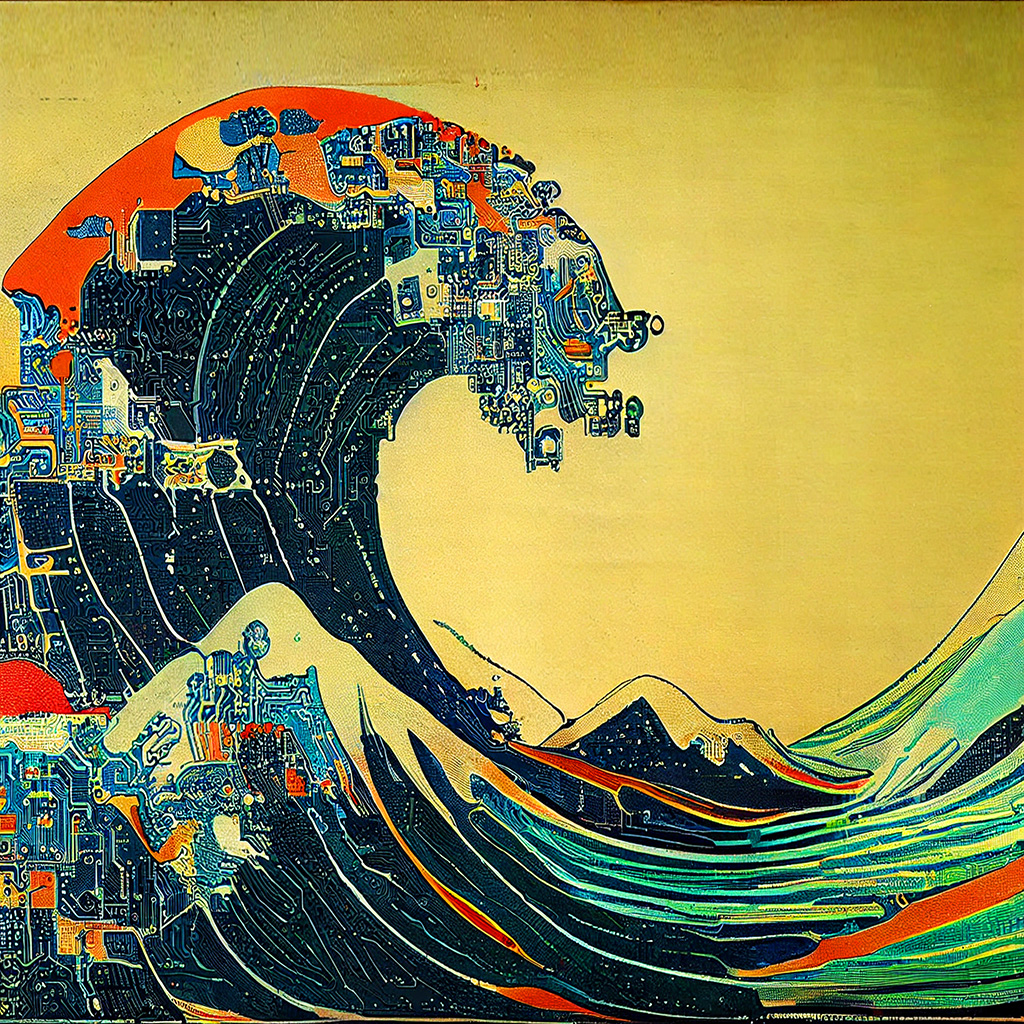 Historically, creative production has been restricted by limits on resources, on talent and on the time required by humans to create something. Wealth—and ours is the wealthiest society by far that there has ever been—has steadily eroded these limits.

Resources—whether of materials, of developed creative skills, or for supporting creatives and distributing and marketing their creative goods—have become increasingly abundant. Our wealth, acting upon our vast population, has released a flood of human creativity, making a lifestyle as a creator viable for many; our appetite for creative goods is insatiable. The Digital Revolution has also supplied creatives with new tools and direct, fast connections to distribute their creations: even a child, sitting in their bedroom, can now create pictures, music, writing, video and share them worldwide at the speed of light. We may well be living through a New Renaissance.

But, though these new digital tools have widely enabled creative output and are greatly amplifying the abilities of creatives, the inherent limit of ‘human time’ has resulted in only a geometric growth in productivity. Emerging AI systems, however, are now pushing the ‘envelope of digitisation’ up to the border of human creative imagination and are even making incursions into that ‘sacred realm’. Because processes within the digitisation envelope are indefatigable and can be continuously accelerated by technology, AI systems are breaking through the limit of human time into machine time; the resulting rise in creative output will be exponential.

the disappearing value of photographs: an object lesson

Industrialisation has greatly increased the availability of ‘things’—both necessities and luxuries. The resulting abundance—if we ignore the attendant costs of climate change, pollution, ecological degradation, species extinction etc—has improved the lives and enriched the life possibilities of ever more people. Industrialisation of creativity is similarly going to produce an abundance of creative products. Whereas an abundance of necessities may be seen as a blessing for humanity, an abundance of creative products is likely to be a disaster. The AI systems will industrialise the skills that creatives once acquired through years of practice, and the possessors of such skills, so recently indispensable to the creative industries, are like weavers were at the dawn of machine looms. As for the creative products themselves, like digital photographs, their abundance must surely make them increasingly disposable.

the sting in the tail

Though it is destroying our world, the industrialisation of things at least has provided us with food and clothes and houses, making so many of our lives richer: by contrast, the industrialisation of our creativity—bought at the same price—is raising a tsunami of creative ouput that, by its very abundance, will wash away the scarcity that was one of its chief values to us

adjunct: NFTs an absurd pretence at scarcity in abundance

NFTs were already absurd when they sought to persuade people that a digital object—copies of which are identical to the original—could somehow replicate the scarcity of, say, an oil painting by attaching an unique cryptographic label to what is effectively an infinite series—how much more so are they when digital objects will be so abundant as to become nearly valueless?