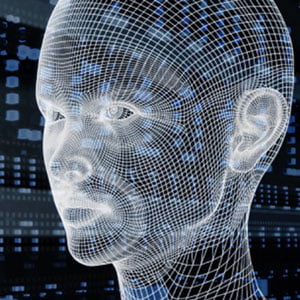 Many believe that human intelligence has escaped the gravity well of ‘animal stupidity’, and that now we roam an unlimited space of thought where everything must eventually come within our understanding. Beneath this belief lies another: that humans are set apart from other animals – an idea that may be an expression of species neuroticism, and that finds its clearest expression in many religions. This special pleading has been eroded by the discoveries of science, and it is not hard to make an argument that brings humans firmly back to where they belong: amongst their fellow creatures.

If we are just animals, then it is hard to argue that our intelligence is of a distinct order when compared to that of other animals. What seems more plausible is that we lie towards one end of a spectrum of intelligence (or perhaps at one corner of a shape of many dimensions, because it seems unlikely to me that intelligence is purely linear). If this is true, then the limitation in intelligence that we perceive in other animals must imply that we too have such a limit. It seems obvious to us that an ape is never going to be able to play chess. What is less obvious is that a game could exist that we could not play, never mind one that, like the ape, we would not even recognise to be a game at all. If, as we believe, there are aspects of the world that an ape cannot comprehend, there might exist aspects of the world, of the cosmos, that similarly lie beyond the limit of our comprehension.

No doubt we will attempt to escape any limit to our intelligence. Evolution, natural or accelerated, might raise that limit. Technological enhancement might raise it even higher. However, it seems to me that the only plausible way to burst through it altogether might be for us to build an artificial intelligence. An artificial intelligence whose limit was however marginally higher than ours, must lead to an infinite progression of further intelligences – each raising the intelligence limit of the next. But there is a caveat. Considering the difficulties we have been experiencing in understanding how consciousness emerges from our brains, it might just be that all of these strategies lie beyond the limit of our intelligence. If this is true, then we are doomed to remain trapped within that limit without the possibility of escape.

One Reply to “the intelligence trap”