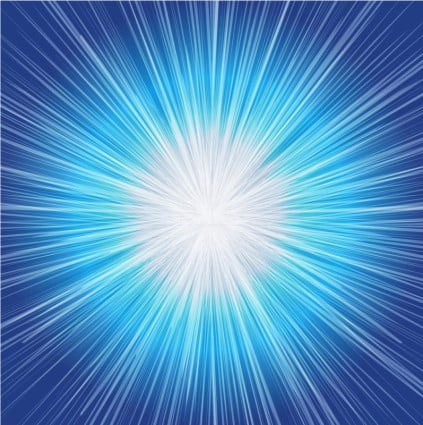 The greatest danger facing the human race seems to me to be how our collective ‘idea’ of what the world is is progressively moving away from what the world actually is.

Without wanting to open up the whole can of worms that is the ‘mind-body problem‘, I think it is not too contentious to state: that the impression we have within each of us of the ‘world’ is only an approximation of that world. After all, beings perceive the world through their senses and it is from these perceptions that a model of the world is constructed within that being, a model that it uses to ‘understand’ the world in an attempt to survive. That model – even at its most sophisticated – is not ‘identical’ with the world, and is merely an approximation.

Further, the sensory inputs from which that model is constructed are themselves approximations of what is being perceived. Let us use an ‘eye’ as an example. An eye allows light to enter it. This light will be detected within the eye and send a signal to whatever sort of ‘brain’ it is attached to. Detection is by means of a finite number of discrete detectors, and so the brain will be presented with a ‘grid’ of frequency values. This grid is naturally ‘flat’ – so what is being looked at is projected onto it like a film on to a screen. Any depth present in what is being looked at thus has to be deduced. Having more than one eye will provide the brain visual information from different angles. Movement will produce a succession of images that can provide even more information. But none of this is going to actually provide a direct perception of what is being seen. Some kind of ‘software’ is required to deduce volume, to isolate objects in the field of view. We know that this system can be fooled – consider optical illusions, or the experiment of the ‘invisible gorilla’.

All in all, it seems to me obvious that what each being ‘sees’ is something that stands at the very apex of a pyramid of guesses and half truths, and if two people observing the same scene are seeing different things (because of the different angles they are seeing it from, and their different life experiences that affect ‘what they see’, etc), how much more is the difference between what a human sees as compared to a pigeon, say, who has 5 colour cones in its retinas to our 3 – with each of those 5 being considerably more discerning of frequencies than are our own. And who knows what kind of ‘software’ is operating in the pigeon’s brain. I feel it is safe to say that, whatever it is that it is seeing, this will be considerably different from what a human observing the same scene is seeing. If we then continue our process of aggregation to take in the other senses that a being might possess, then it becomes blindingly obvious that there are as many perceptual views of the world as there are beings – with a wildly varying variety among them.

So our direct perception of the world is unique, but there is more to our awareness of underlying reality; for do we not produce further levels of aggregation collectively? Surely we influence each other’s perceptions, as does our culture, our upbringing, what we read, what we watch on TV etc. If an average person from the West wanders about in the Amazon rainforest, she will see ‘trees’ and creepy crawlies, whereas a native to the area will, presumably, see this kind of tree and that kind of insect, and will, further, have cultural associations with that tree and that insect – stories, understanding of possible uses. (Before I had a garden, I would walk into one and notice that it was colourful, and see the flowers and the foliage forming a ‘pretty picture’ – now I see the individual plants, and notice details I never noticed before, and I’m aware of what is on an ‘upswing’, what on a ‘downswing’. Friends who don’t have gardens, or little interest in them, look at my garden and they simply don’t ‘see’ it – they are ‘blind to it’ in the way I used to be. A little bit of knowledge and some experience have entirely changed what it is I ‘see’.)

So, let me suggest that people getting lost in ‘virtual worlds’ (our current anxiety is those virtual worlds produced by computers and by our technology) is nothing new. Human beings, like all other beings, have always lived in a ‘virtual world’, one that they have created within themselves as the best attempt they can make towards achieving a direct awareness of underlying reality. It is how close those virtualities are to the underlying reality that is always in play. When we began abandoning our old hunter-gathering lifestyle, we set in motion a new process. Life within a human settlement is substantially different from a life outwith it. In a human settlement, for example, geometry begins to dominate – the simple geometry of straight lines, corners and circles – a geometry that is a product of our brains’ desire to simplify the ungraspable fractal complexities of the world. As settlements began increasing in complexity, undulations in the ground were flattened out, slopes were turned into steps, water began running in channels, or off roofs and into gutters. Even in ancient times, it was becoming possible in some places to live one’s life entirely within this human-made space. This process has accelerated for thousands of years so that, gradually we have spent more and more time in environments that are externalizations of the software that evolved to make sense of our perceptions of the world. For many of us this feedback loop has grown tighter and tighter. Always having lived in a virtual reality of our own individual making, we have slowly replaced the inputs from those parts of the underlying reality that were not human-made, with those that are. And since all things human-made are an externalisation of our interior virtualities, we are now increasingly in danger of living within a locked system entirely of our own making: we live not in the world at all, but within a collective ‘human virtuality’.

So, all beings are peering at reality through their own version of a keyhole, however, we humans seem to be intent on blocking up these keyholes. Of course, the reason that beings developed senses at all was because everything that determined their chances of survival was outside them. That need has not changed, but we humans have become so intoxicated with our own power that, with ultimate hubris, our senses focus increasingly on the human virtuality. But, critically, that collective hallucination is increasingly diverging from reality, and so we motor on into the future driving ever more blindly.

4 Replies to “the human virtuality”