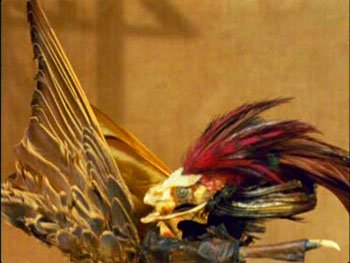 I have come to realize that a seeking after ‘orthogonality’ is a warning sign that I am slipping into the comfort of relying on a dominant trait in my personality. Having read Iain McGilchrist’s book The Master and His Emissary I have become somewhat convinced that this dominant trait is actually an over-reliance on the left hemisphere of my brain. As such this becomes not only about me, but about a very large number of people out there…

When I first addressed the issue of orthogonality I was fully possessed by the ‘naturalness’ of my desire for orthogonality, and by it satisfying a feeling of ‘rightness’ (somewhat ironic *grin*). At that time I did not identify orthogonality with the general control freakery that is also a part of my personality. McGilchrist’s book has clarified this for me. So that I now believe that it is likely that the desire for orthogonality and control freakery are two aspects of the functioning of the left hemisphere. Though both seem to be natural emergent behaviours of the left hemisphere, orthogonality – at least as I describe it in its more ‘luminous’ and smiling aspect in my previous post – forms part of the fluid process (described in McGilchrist’s book) of:

I imagine that many people will recognize that this is the process that they follow when they are creative in a way that feels ‘healthy’ to them. Certainly, I find this interpretation of the creative process resonant.

What I have termed ‘control freakery’ is what happens when that fluid process stalls, because the left hemisphere insists on obsessing over its analysis and refuses to pass the fruits of this on to the right. That this is happening becomes obvious whenever you feel that your idea, once in vibrant flight, has come down to earth only to have its wings snipped off and be dissected until it feels stale and dead. (The image in my mind is the fabulous Brothers Quay animation This Unnameable Little Broom).

Well before this happens, it seems to me that the feeling that you are seeking orthogonality, or are generally focusing on ‘orthogonal issues’ – right angles, parallel lines, squareness – all of these abstracting to neatness, clinical perfection, issues of ‘right’ alignment – that you can be pretty certain that your left hemisphere is in the ascendent and, if you’re like me, you might want to loosen things up a bit, to stop the machinery clamping down and so to release your idea to fly free into clearer skies.