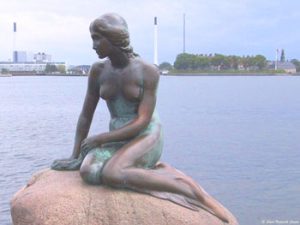 Well, predictably, the Copenhagen conference was a washout. I am not, however, ready to follow George Monbiot in declaring it a disaster. The way I see it is that Copenhagen is the first time we have got together as a species to tackle a common problem. That this happened at all is a clear admission that global warming is a threat that we all now recognize. That in itself is amazing progress. Further, there were signs that this was not business as usual: the ‘developed’ powers handing down to everyone else the way things are going to be – something that they’ve been doing for at least 200 years now. There was a moment when Africa spoke as one and told the rich they weren’t having it… Now this may have been because they were after the $100 billion that the developed have promised the undeveloped to help them cope with global warming. I can’t see the point of being so cynical. The important thing in this, it seems to me, is that people who are normally divided, acted together. Then there is the blame being heaped by the developed on China. Though China has recently become the biggest CO2 polluter, it has only just overtaken the US – who has been pumping out CO2 for at least a century – and China’s CO2 emissions are still, per capita, vastly less than the US’… I have some sympathy for China’s position that since we (the West) have produced by far the greatest portion of the man-released CO2 in the atmosphere, that we should take responsibility for this… It’s typical of Western politicians to attempt to shift blame elsewhere…

So where where does that leave us? We have the whole world getting together for the first time admitting that we ALL have a problem. We have the rich, developed countries trying to force on everyone else a solution that leaves them, as usual, benefitting at the cost of everyone else. We can all see that this wasn’t acceptable to the developing nations – nor should it be. We have thus admitted there is massive problem and that business as usual isn’t going to solve it. Of course, time is running out, but it seems to me that – given the circumstances – Copenhagen was not at all a disaster…