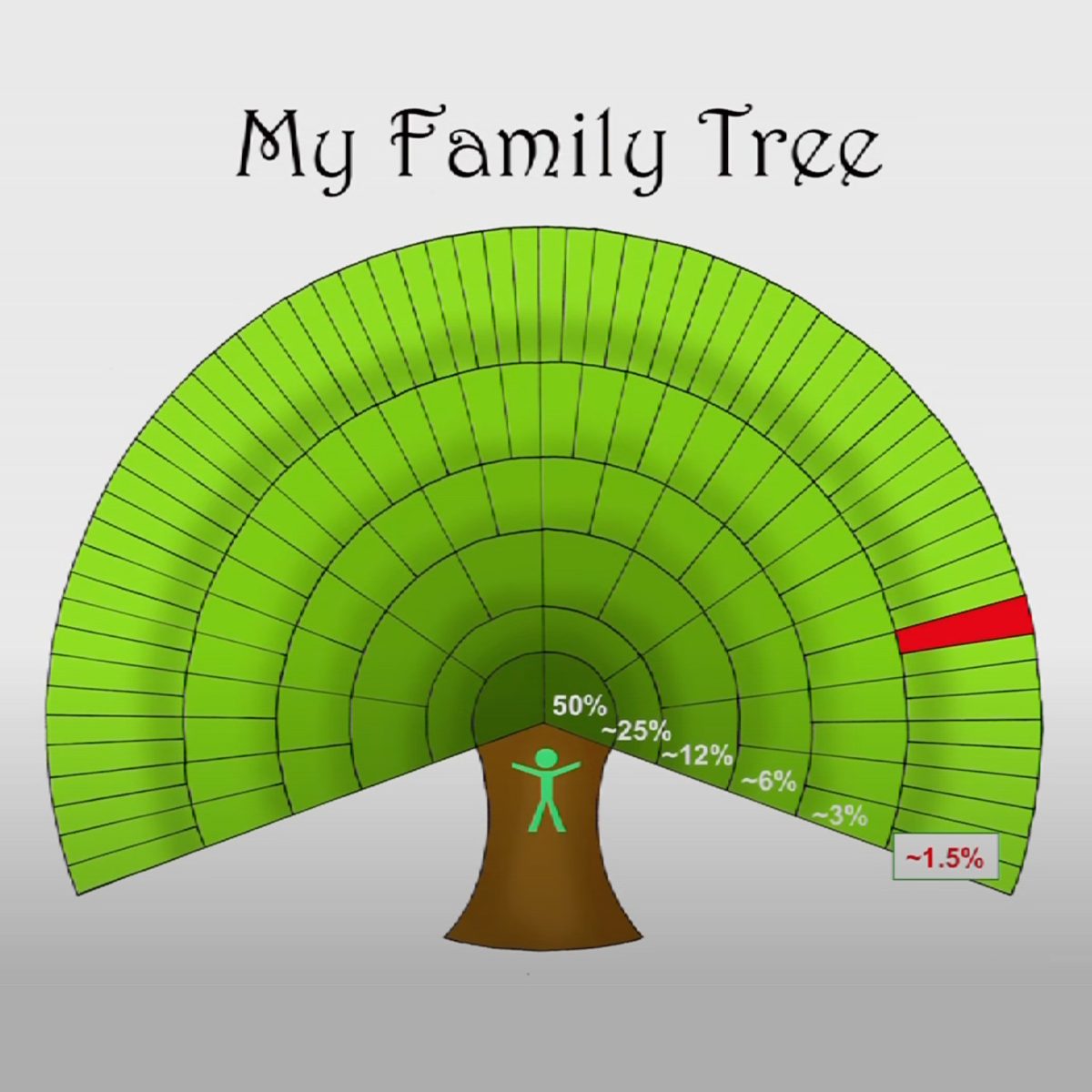 Recently, I became conscious of a tendency I have to think that I am part of a ‘lineage’: an instinctive feeling that I am on a path, with my ancestors behind me and, if I had children, that they would be on the path before me, walking into the future, with further on, further than I can see, more of my descendants. I suspect that this is not an uncommon way to think, but if so, I believe it to be a misconception—perhaps an unfortunate one—for various reasons.

We all know that, behind us, our ancestors proliferate exponentially.  We humans are famously bad at appreciating exponential growth.  The fable about the inventor of chess comes to mind. When asked by the Emperor what they wanted as a reward, they said a grain of rice on the first square of the board, two on the second, four on the third and so on. Is that all? asked the Emperor—not realising that he was being asked for enough rice, so the tale goes, to cover the whole of India up to the waists of its inhabitants.

That I might assume that I stand on any sort of line of descent might be because of the way generations follow each other in a somewhat regular, stepwise fashion. But, there is no line—only six generations back, we each have sixty-four ancestors, each contributing 1.5% of our genome, which is the same amount as each non-African carries of Neandertal DNA.

There are other sources for the conceit of a ‘lineage’, not least, ones that are related to inheritance of power, status and wealth—a line of royal descent, for example—but are these attempts to draw a line of descent more than an arbitrary or ideological choosing of one from a nearly infinite number of possible lines?

That I thought of myself as being part of a ‘lineage’ now seems to me not only fanciful, but harmful too: lineages suggest that families are moving along separate, parallel tracks, that some people are fated to good fortune or to bad, that the childless are not contributing to the future.

Isn’t the truth that we each emerge from a mass of ancestors we know next to nothing about, even as our descendants are destined to disappear into a mass of people that we can know nothing about? There are no lineages, just a mass of genes from which we leap, momentarily, like a dolphin out of the sea, only to disappear once more beneath its waves.

2 Replies to “the illusion of lineages”