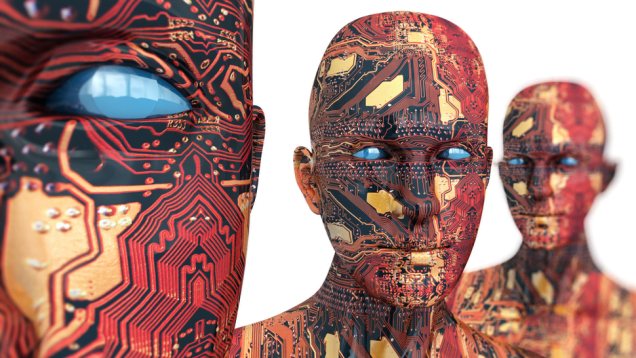 Assaulted by any number of articles on the rapid advance of ‘deep learning’, I have been awoken to the reality that the pattern recognition abilities of computers have galloped ahead, so that my cosy complacency that computers were useless at recognising faces, understanding what was in a photograph etc – something that we are so brilliant at – has been overturned. Not only can computers understand what they’re seeing in a photograph, but they will soon be able to do so better than we can. The advance of computers is like that: you look away imagining that it is going to creep along, as most things in our experience do, and when you look back you see that it has leapt light years ahead. That the speed of technological progress takes us by surprise demonstrates how it is a process alien to how we see the world. This must surely be innate in us, because if it were simply something socialised into us, we, having lived through a period of constant and furious change, would not be constantly taken by surprise.

In the deep backstory of Frank Herbert’s Dune is a revolt against intelligent machines that, as a child, I saw as being merely Luddite. This revolt, the Butlerian Jihad, has at its heart the commandment: “Thou shalt not make a machine in the likeness of a human mind”. Interesting how this resonates with the Biblical injunction (Islamic too) that: “Thou shalt not worship graven images”. I think an argument could be made to show how the former not only resonates with the latter, but that in a very real way, the former is a direct consequence of the latter. The desire to create machines that can think – even machines that might become far superior thinkers than we are – has surely an element of vanity in it, and is possessed of the hubris that we can remake the world and make it better.

The threat that we are facing is that computers will replace white-collar jobs, even creative ones, as machines replaced so many manual jobs in the past. Comparisons are being made with the Industrial Revolution. This new technological revolution is seen to be as inevitable as the Industrial Revolution, and that it may – after much suffering – eventually also usher in a better state of things. So it may be that any attempts to fight this are as doomed as the Luddites attempting to smash up the power looms that were taking away their livelihood. But is this true? The inevitability of the Industrial Revolution was surely due to the disparity in power between the mill owners and their workers, and those workers were in turn the agricultural workers thrown off the land by the earlier – also seen as inevitable – Agricultural Revolution that was only possible because of the disparity in power between those workers and the landowners. Are we so powerless today? Are we bound to submit to change, any change, because we see it as inevitable? The societies we live in today are without doubt and profoundly the results of those earlier revolutions. But they are also the results of the struggles of workers to organise themselves against the mill owners and all those who enjoyed a disproportionate consumption of what they produced.

Increasingly I have begun to appreciate the wisdom that there may be in Frank Herbert’s Butlerian Jihad. What is the point of allowing – or, more accurately working to bring about – a way of being that is going to be disastrous for us? We are being told that the machines we are building are going to replace doctors and lawyers. That they are going to write books and compose music. Do we really want to build machines that will live our lives for us?

(I wrote this on the 3rd March 2015, but didn’t feel like publishing until now)

13 Replies to “do we need a Butlerian Jihad?”