Daoism’s Uncarved Block and the state of our world 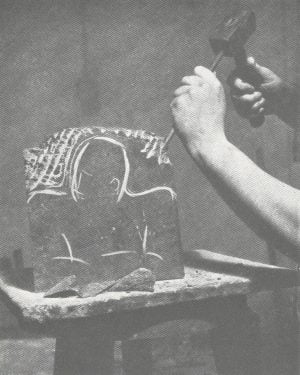 The Dao De Jing, the ‘bible’ of Daoism, in various places refers to the Uncarved Block that loses something essential when it is carved. The Uncarved Block could be a baby free to become any version of themselves before their upbringing, their experiences and the culture they are raised in ‘carve’ them into the person that they grow up to be. (This interpretation resonates with a previous exploration of how a thought remains fluid until it is expressed.)

Daoism seems to be advising that it would be better for the carver to leave the Uncarved Block alone. What could be wrong with the carver trying to impose on the block a form they have in their mind? Well, for one thing, the carver is unlikely to fully know the role the block was performing in its uncarved state. For another, the carver cannot be aware of all the consequences that may result from the block being in the new form that they have given it.

Another interpretation of the Uncarved Block is that it represents Nature in the raw. In that case, the Dao De Jing may be telling us something important about what we can see happening all around us. When we act we change not only the thing that we are trying to change, but also make changes that we do not intend – with unforeseen consequences. When these unforeseen consequences are not to our liking, we often take further action to try and correct what we dislike. This leads in turn to more unforeseen consequences. One change at a time, we move the system – most pertinently ‘our world’ – away from the state of (relative) equilibrium that we found it in. Even if we were to reach a new state of equilibrium, how probable is it that this will be to our liking? And if this were not, Daosim would seem to be suggesting that there would be no way back (at least in the lifetime of our species).

In view of these considerations, a belief that we can sort out the problems we have created, by relying on further action, might be not optimism but an unwise gamble.