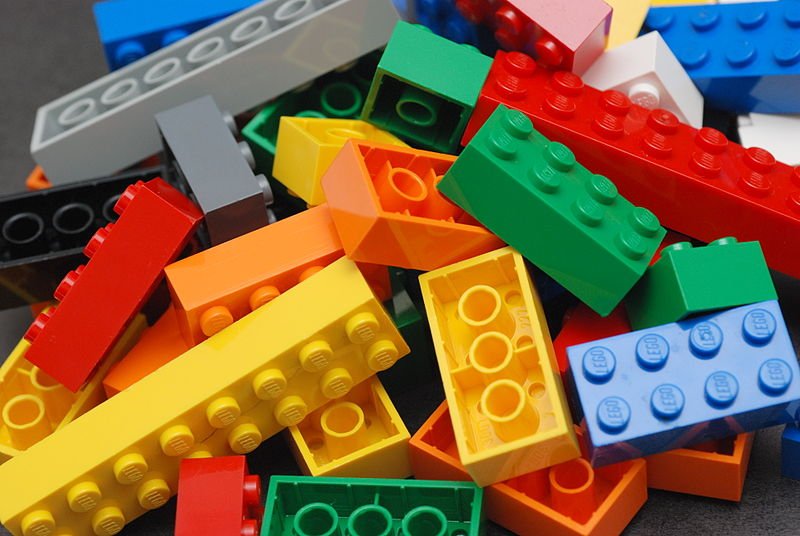 I believe that LEGO is a toy/tool that once allowed children to build models at a sweet spot intermediate between thought and physical reality, and that, by losing faith in that breakthrough, the company has lost its way.

LEGO as I knew it as a child consisted of simple bricks. Complexity was achieved by assembling bricks, rather than being inherent in individual bricks. (Admittedly, the purity of this abstraction was somewhat broken by angled ‘roof tiles’ and windows – and there were also wheels and even motors for trains – but the core paradigm was that complex structures were assembled from simple, modular components.) The company departed from this paradigm, and began locating complexity within the components. Kits today consist of many special parts, and the models that can be achieved are variations on a form that must lie within the constraints of the kit’s design. A child’s freedom to invent and explore is thus restricted.

As a child I also played with Meccano, a toy whose paradigm was much closer to physical reality. LEGO has moved ever closer to that paradigm. A friend* claims that the reason that LEGO did this was to overcome the limitations of their previous system. My response was that it was these very limitations that gave LEGO its unique value. Those limitations forced solutions to be sought on a level more abstract than the physical. Before the Digital Revolution, LEGO was already a digital system (Meccano was essentially analog). It may not be surprising that many architects** who played with LEGO as children have admitted the debt that they owe to it – some to Meccano too. What may be a tad more surprising is that when I studied mathematics my understanding of numbers, of cartesian co-ordinates, even of set theory was informed by the way the ‘LEGO process’ had influenced my brain. That same influence informs how I ‘build’ texts. It is unlikely that LEGO had this influence only on me.

It is possible that, as some computer games are claimed to do, the more abstract LEGO specifically exercises sub-systems of the human brain. Its digital quality, and its orthogonality, are suggestive of left hemisphere brain function. Nevertheless, LEGO is no longer the unique ‘brain-tool’ that it once was.

PS did LEGO help bring about the Digital Revolution?

*This post emerged out of a discussion with my friend, James Worrall.
**Including, it turns out, my friend the architect Richard Murphy