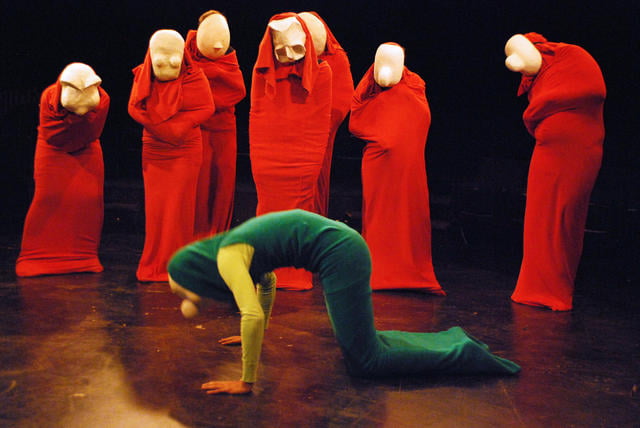 Dramatic performances ask of their audience that they suspend their disbelief. An aspect of this can be that we are asked to believe that actors, mostly unrelated, are actually blood relations. Film and TV close ups make this more of an issue. How long will it be before computer post production allows actors, that are supposed to be blood relatives, to have their faces digitally modified by means of an inbetweening algorithm so that they resemble each other? A star might insist on retaining his or her own face, while lesser actors playing their families might be contractually obliged to have theirs morphed towards that of the star. Such roles would be played wearing virtual faces; in a sense, a move back towards the various traditions in which actors wore masks.