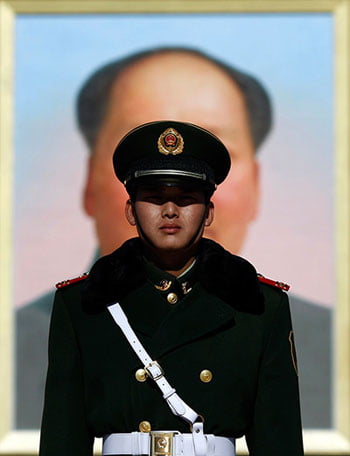 It seems that those of us who live in the West may need to get used to the fact that our economies are not going to return to constant growth. The belief that things are going to always continue to get better – at least in the sense of a constantly growing GDP – has always been a fantasy: constant growth of the kind we’ve experienced, that consists of consuming the Earth’s resources, presupposes that these are limitless. Since they are not, then it is hard to see how traditional economic growth could continue for ever.

Of course it’s difficult to give something up when you’ve had it there all your life. Nevertheless, I’m not going to cry over the difficulties that are overtaking us because things as they were depended quite a bit on selfishness. While our standards of (material) life have been constantly improving for decades, not everyone else on the planet was so fortunate. Not only were their lives not improving, but often that lack of improvement had something to do with our improving lives – I could make various arguments to support this stance, if such are needed. There are many direct links between us being up, and others being down. How much, for example, has our recent prosperity depended on people working in sweatshops for a pittance? Make as many arguments as you like about how we helped raise these poor people up from poverty – I will maintain that they have done this for themselves, and that we have been content to profit from these people being prepared (or forced) to live and work in conditions that we wouldn’t even contemplate for ourselves. What I don’t imagine can be argued is that we now have any justification in complaining that they’ve ‘taken all our jobs’; or that we have any right to feel aggrieved at what the consequences may be for us now that they are beginning to demand a standard of living closer to our own – whether this will come at the cost of dangerous carbon emissions, of a loss of power on our part, or of a permanent ending of a constant increase in our GDP.

So, I feel that we should accept this change in our prospects with good grace. We are at the end of a half-millennium during which we in the West have greatly enriched ourselves at the cost of just about everyone else on this planet. Western Europeans went to the Far East in search of things the people there had that we wanted some of. When we reached India and China, we found them fabulously sophisticated and wealthy. Through accidents of history too numerous for me to go into here, we had the whip hand on these civilizations more prosperous than we were. Now they are finally recovering, and rising back to somewhere nearer where they were – and had been for centuries – relative to us. Economic projections suggest that this will be achieved in a vastly wealthier world. Personally, I doubt this scenario – for all kinds of reasons; not least that, when it comes to natural resources, we have already picked all the low hanging fruit. What remains is unlikely to be enough to bring everyone up to the standard of living we currently enjoy in the West. More pressing would seem to be the threat of global warming that is likely to change the rules of the game entirely. Still, whatever comes, I for one am going to watch with some satisfaction as the rest of humanity achieves something like the life I have been privileged to live this far.