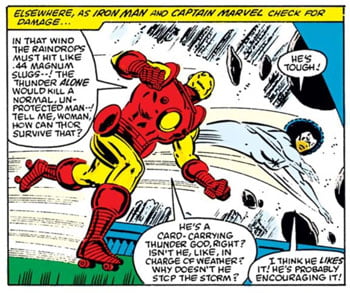 Is the following observation obvious? works of pulp that excited the passion of a child, are often translated, in later life, into art…

When I was 10 I found, in a corner of my schoolroom, a pile of magazines that happened to contain a comic strip entitled The Trigan Empire – I couldn’t get enough of them. A few years ago I obtained these same strips in book form. As I reread them, I began recognizing elements that were present in my stone dance books – elements so completely transformed that I doubt anyone else would be able to see the connections, but they are there nonetheless.

Thus it comes as no surprise to me that ‘pulp’ and ‘psyche’ should be so strongly linked. Pulp, because this is what is most likely to appeal to a child: few children are lucky enough to be exposed to high art – and even if they are, it seems to me likely that it would be aspects peripheral to that art that would impress themselves on the childish mind: the costumes, the monsters, the magic. That such pulp influences can penetrate the psyche so deeply is unsurprising: when a child finds a created work in which he/she sees mirrored something of their inner world, of their self, then this work will be absorbed with the voracious passion of youth. As passions cool with age, the adult will recall as most important to him/her that which excited that great passion; that has indeed become foundational for the development of their sense of self. If such a person is moved to create some art of their own, how could it not be influenced by this early passion? And, in seeking to relive something of that passion, what could be more natural than to attempt to re-create it?

However, the artist is no longer a child and it is not enough merely to re-create the pulpy work – I’m sure that, like me, when you return to the original pulp you are mostly disappointed; certainly, it no longer produces in you the reaction it once did. To excite the same level of passion in an adult, the themes and aspects that wowed and moved the child must be ‘upgraded’ into a new form that is capable of wowing and moving the adult. This is not only true for the artist, but also for his natural audience: those who were similarly wowed by the pulp when they were children, and who now are seeking to relive that experience.

Thus it seems to me that there is a cultural cycle in which the pulp stories, themes and heroes of a generation back are elevated and drawn into the heart of our culture by the shared childhood passions of creators and audiences alike.

3 Replies to “how pulp becomes art?”