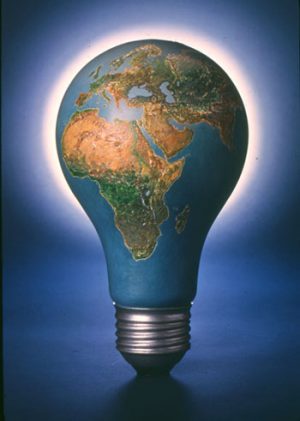 No doubt, wherever you may be, you have been experiencing anomalous weather conditions for several years. We are constantly being told that this winter is the coldest since records began; that this summer the driest, this quarter the wettest, this spring the earliest. Though many of us suspect that this must have something to do with global warming, we are told that there is not enough evidence at present to prove that.

As I understand it, the nature of complex systems is that they can be in one of several stable equilibria, and that the transition from one to another, can sometimes be instant, and at other times be accompanied by violent oscillations. A lightbulb, on the verge of failing, often flickers of and on repeatedly, until it finally goes dead.

Spring is an example of the complex system that is the weather, shifting from one steady state, to another. In my experience, winter does not shade gradually into warmer weather, but rather it ‘flickers’ between ‘winter’ and ‘summer’ weather, often several times during a single day.

I have been wondering if the anomalous weather we have been experiencing in recent times, is another example of this phenomenon – an analog to the ‘spring transition’ that is occurring on an extended time scale – and that we are living through the oscillations as our climate shifts out of the mode that we have experienced so far in our lives, into a new, man-induced mode; a new stable climate state that may be very different from what we know. No doubt there will be winners, but I suspect most of us are going to be losers – and whatever happens, it seems the roulette wheel is already spinning.