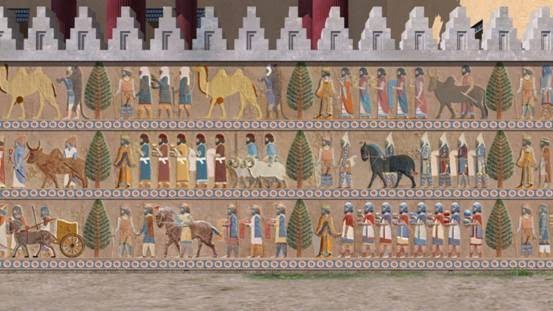 It’s unusual for me to write another post so soon, but I am trying to get into practice for what I hope will be quite regular postings from Iran. To this end I have been spending quite a bit of time setting up all the apps, online services and interlinks that will allow me, hopefully, to blog from there on my iPad. In truth, this device is not really well geared at present for the task; at least not in the easy way I’m used to with Apple kit. Accessing this server-hosted wordpress blog, adding photos to a post from my iPhone (and hopefully from my camera by way of some media reader in an Iranian internet cafe) via Flickr and Picasa, has involved a lot of jiggery-pokery.

I have already described how excited I am at the prospect of attending this conference on Persepolis at Edinburgh University, what I haven’t told you is that I have been asked to give a paper. Someone dropped out and Lloyd Llewellyn-Jones (who admitted to me revelling in all those double Ls *grin*) asked me if I would give a paper on the problems faced by an author in handling the Achaemenid material. Of course I agreed – not only do I have a lot of issues I would like to address, but I get to attend two dinners given for the speakers.

I am beginning to flesh out my talk, titled Paradises Lost, today. A central theme will be considering how much it is possible to align my aesthetics with that of the Achaemenid Persians – a not entirely trivial pursuit if you consider the included photographs that show how the ancient Persians disfigured their beautiful stone reliefs with garish colour (as did the ancient Greeks – even the Elgin Marbles would have been originally painted in such primary colours) – at least that’s how it can appear to us brought up as we have been on the minimalism of plain stone. What may also perhaps be of interest to my academic audience is the distinction I will try to make between the approach that I have had to take towards the material and the approach that they naturally take: for they must come at the data objectively, whereas I, as a novelist, come at it from a direction that is decidedly subjective.

3 Replies to “the conference, the paper and the iPad…”