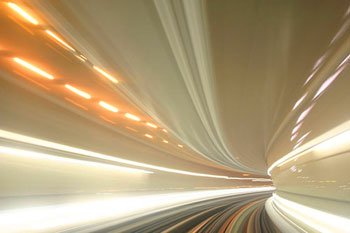 In writing, and in other art forms whose expression occurs across a span of time, pace is important, however I feel that we are, as a culture, somewhat obsessed with it, and I would like to lightly explore why this may be so. Let me admit from the outset that some of my work has been criticized as moving along at too slow a pace, and so you may say: I would say this, wouldn’t I.

My key concern is the notion that there is an ‘optimal’ pace, ‘correct’ even, that should reign over all time-spanning artworks (books, films, music, dance). This seems to me akin to claiming that our hearts should always beat with the same rhythm. Of course the pace that is supposed to be optimal is a fast one; the complaint is predominantly that something is ‘too slow’. The corollary of this seems to be that ‘slow’ is equated with ‘boring’ and ‘dull’, whereas ‘fast’ is equated with ‘exciting’. To suppose that everything needs to be exciting (in this frantic, breathless sense) seems to me to be related to the way in which our culture worships youth. Human beings slow as they age. I feel that to see this slowing as some kind of unfortunate diminishment is to miss the point. Travelling in a train, we watch the world rush by; as we slow our progress by driving a car, riding a bicycle or walking on foot, we see, geographically, less and less of the world, but, critically, we see it in much greater depth and detail. Similarly, artworks that possess less pace can allow for greater depth. Western classical music – and probably many older traditions of music – can match the frantic pace of popular music, but deploys many other paces besides, and by this means can explore a much more expansive and deeper realm of musical experience.

In short: I believe that the gearbox of our art and lives has more than one gear.

One Reply to “life and art in one gear”