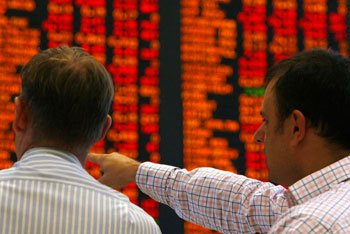 Americanisms have been entering Britain for quite some time. It is natural for oldtimers like me to bemoan the language being pulled out from under us. However, I am well aware that it is inevitable that language should change constantly – and I am certainly not interested in being any kind of linguistic (proverbial) Canute. Further, I am also aware that it is an error to see American English as diverging from British English: the truth is, of course, that both diverged from a common ancestor – and that, no doubt, half the differences we British speakers notice in American usage come from our Transatlantic cousins having retained the original word; whereas it is we who have come up with the innovation.

Colonial separation unzipped our language in Britain from that in North America; and the bringing together of our two cultures, that has resulted from the ever increasing closeness of technologically enhanced cultural exchange, is zipping it up again. Of course, it is America that, with its much larger population and far more influential cultural output, is winning the battle for what constitutes the evolving common speech. That’s perfectly natural. The very success of the spread of English throughout the world has meant that its original speakers are now very much in the minority.

All of this is just fine. I may find the increasing use of “awesome” all around me as being somewhat off putting – because, to my ear, it really does sound VERY American (it seems to me the verbal equivalent of everyone wearing Stetsons!) – but I accept that I am the one who is going to have to adapt.

(Not that it is likely that I will ever use “awesome” in my writing – neither, any longer, can I use the meaning of that word that I grew up with. In a similar way, people older than me complain about the loss of the word “gay” – that, in truth, by becoming used for “homosexual”, has left a gap in the spectrum of words we use to describe the various shades of ‘being happy’.)

However, there is one Americanism that grates as much on my ear as “awesome” and that is a particular use of the verb “to buy” – to mean something akin to “to believe” – and this I would like to take an exception to.

Use of “do you buy it?” has become increasingly prevalent. So much so that it is now even common to hear it being used by BBC news presenters – and this without most people seemingly being aware of it?! I feel that this indicates a profound and insidious change in the way we perceive transactions of understanding. Does it not, after all, suggest that all such transactions have been reduced to some form of commerce? Along with addressing passengers on trains as ‘customers’, it seems to indicate that everything is now being bought and sold; that everyone is a trader of some kind. I wonder if it can be an accident that the adoption of this term seems (certainly this is my impression) to have come into general use quite recently? Could this indeed have anything to do with the collapse of the Soviet Union and the adoption of market capitalism in China? I do think an argument could be made that socialism filled a role previously occupied by religion: both are traditions that – at their best – have stood in opposition to raw capitalism and against the ‘law of the jungle’. When socialism writ large collapsed, Francis Fukuyama famously pronounced the “End of History”; that Western liberal democracy had proved itself to be the end point of human political evolution, and the final form of human government.

I fear that when we ask each other: “do you buy it?”, we may be collaborating with this reductionist and morally impoverished view. Personally, I think I will continue to ask: “do you believe it?”.