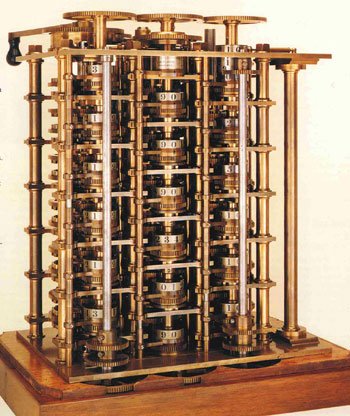 I find the sound of a harpsichord (cravo in Portuguese – a word that is also used for the carnation flower and cloves – perhaps some kind Portuguese speaker could explain this), and other related instruments such as spinets and virginals, exquisite – though prolonged listening to it can become a tad wearing.

Recently, at night in a tent on the shoulder of a mountain beside a ruined Roman fort (nothing wrong with setting the scene! *grin*), I listened to a harpsichord piece by Rameau very LOUD. The metallic, machine-like quality of the music blew me away. If you think of Babbage and his difference engine rather than bewigged men in frock coats, then it becomes a sort of steampunk cybernetic music.

No doubt there were many reasons why the harpsichord was abandoned for the piano, however, one of those was volume – a problem that has been eliminated by modern amplification. Another reason is that harpsichords are unable to produce variations in loudness – pianos can (thus the term piano forte soft loud). My understanding is that this was considered essential to convey emotion. This may have led to some of the excesses of sentimentality of the Romantic period that I personally dislike.

A harpsichord is in effect a digital instrument – while the piano is analogue. It is interesting that the harpsichord only came back into favour in the early 20th century as a result of champions like Wanda Landowska. That this coincided with the advent of computers seems to me rather interesting. Perhaps the harpischord is more of a 21st century instrument than is the piano?

(Here are some examples, Skip Sempé playing Scarlatti, the wondrous Rameau and Royer’s exciting March of the Scythians)