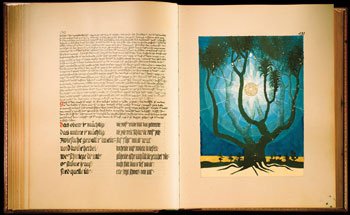 I first read Jung when perhaps halfway through writing “The Standing Dead”. It was like coming home. Through him I came to a completely new understanding of what it was I was doing with the Stone Dance. That I discovered that my work was packed full of what he terms ‘archetypes’, convinced me that his theory of the ‘collective unconscious’ must be true – how else to explain the archetypes being there…? It was a strange, exhilarating experience; to suddenly discover how, all the time I had been ‘constructing’ the book with my conscious mind, my unconscious had been delving far deeper foundations and flows. This explained, of course, the peculiar and visceral connection there was between my dreams and the books. It explained also where whence so many disturbing images and scenes were emerging. It also revealed to me – and this was a tad shocking – that the books were deeply autobiographical. A sort of ‘mythological’ autobiography. Finally, Jung explained why it was that some of my readers were so powerfully struck by the books. As I’ve written elsewhere, my feelings had little to with pride, but rather with a humility that all this – that is common to us all – had channeled through me into my work. It gave me an understanding of why I was making the Stone Dance – why I had needed to make it – why it was worth making. None of these reasons had anything to with fame or money – of which the books have brought me pitifully little *grin*

Now, reading Jung I have found akin to attempting the interpretation of a dream – that as you try to grasp it, it either slips through your fingers, more elusive than water – or it tightens down to a pellet, hard and lifeless. I don’t ‘understand’ Jung as much as feel it. His works can be daunting, impenetrable… And then the Red Book suddenly appears. And it is claimed that it is the source of all Jung’s other work – though not delivered as an abstruse, technical treatise, but simply. And, bizarrely, the Red Book is filled with his own, exquisite drawings (Jung spent much time on focusing on manadalas – drawings produced by his patients that he interpreted therapeutically) and accompanied by meticulous calligraphy. Like a bible illuminated by some monk in the Middle Ages. How strange. A telling of his own struggle and exploration with his own psyche from which all his insights emerged. Even as I write this, it seems like some Hollywood conceit – something by Dan Brown… but apparently it is… real.