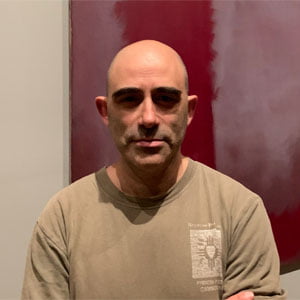 In response to an email from Ryan Calvey about my instagram post I wrote a few things that it seems to me worth sharing here.

Ryan wrote: “I don’t know much about book promotion, but I imagine doing it in the current environment must be quite a challenge! Though I’m guessing it might also feel good to be in control of the process yourself rather than hoping a publisher makes the right choices.”

This was my reply:

Book promotion is nothing more than just finding ways to get people, who may be interested, to hear about your work. In my experience, it has rarely been about my Publishers making the right choices: their choice was not to bother promoting my books almost at all. When I launched The Third God—the culmination of ten years work—they got me to go down to London, I did two signings, that had been so poorly publicised that not a single person turned up at either. (Admittedly my dropping off the radar for years might have had something to do with that.) I signed a few books in a couple of book shops… and that was that. I don’t blame them really, they were just doing what they needed to do to survive. The internet has joined up myriads of smaller markets into a single enormous one in which the winner takes all and everyone else gets almost nothing. The publishers have to push their bestsellers… and there’s little incentive to support anyone else. Sad, but there it is.

When you has been ‘cradled’ by a publisher, the move to self-publishing is psychologically arduous. But the notion that there was any actual ‘cradling’ was an illusion that I—and many other ‘published writers’—clung/cling to. When the market changed, I, with many others, was thrown out with the bath water.

A turn to self-publishing requires the climbing of many steep learning curves. However, by far the most difficult barrier to break through is the grieving over the fantasy of having a publisher that does everything for you; that enables you to write your books in a cocoon. And you have to overcome the perceived diminishment of status of falling from the dizzy heights of having a ‘proper’ publisher. This is an ego problem. As I make this transition, with every step I take, I am feeling more confident and energised, and I realize that being ‘cradled’ robbed me of agency.