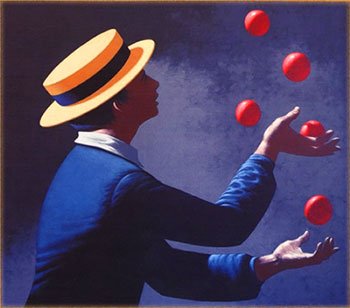 I have been advancing on a broad front. The Stone Dance acted like a dam to any other ideas. I suppose that my jumping into such a wide range of projects is a reaction to that constraint. I’m sure I shall calm down soon *grin*

Towards the end of last year I wrote Matryoshka, a sci-fi/fantasy novella that I gave out to a few people to read. Reactions were mixed and I accepted advice that it was better to set it aside to mature.

I then turned to completing the research (there will, of course, always be more *wry grin*) and structure for my historical novel. I then put this aside until the coming autumn – when I intend to actually start writing it. Life here in spring and summer is slightly too distracting – because family and friends come visiting me – to tackle something as demanding as this historical novel. When I get into the world of the ancient Near East – I want to be able to live in it in peace.

Last year I did quite a lot of work on a different historical novel – wrote some of it – but decided it wasn’t good enough. It is this that I have transformed into the more ambitious work I am now proposing to write.

After that I wrote and helped storyboard a second graphic novel with Adrian Smith that is based on Milton’s Paradise Lost. I’m quite excited about this one – however, it’s not going to happen anytime soon because Adrian is working on these (this one and the previous one, working title Malta) in his ‘spare time’, and they are for him a “labour of love”. What he’s done so far is stunning.

Concurrently with this I worked out the story and plot of a sci-fi novel that I might try and write quickly before I start writing the historical book. I can sense eyebrows rising out there at the words “write quickly”, but it might be possible since it is quite traditional in structure and rather straightforward. We shall see.

I then brought Matryoshka out of storage and have been rewriting this and was excited with how well it was going. This in turn I have had to put aside as I have been working on a pitch for a sci-fi TV series with Alan Campbell. This is unlikely to come off – however we’ve developed a great background and written compelling story arcs for a number of series (*grin* nothing wrong with ambition!) and have come up with lots of episodes and who knows.

So, that’s what I will be doing today. Once the pitch is complete, I will return to Matryoshka and nail that! Then we shall see.

8 Replies to “on a broad front”