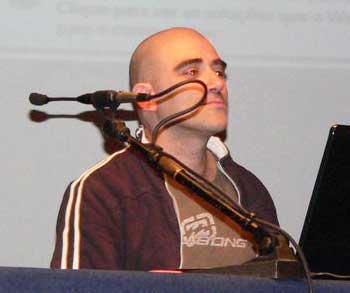 Raquel Garrido had already kindly given me links to the talk I did in English on World Building [parts one, two, three, four, five, and six]

She has also given me links to the video she took of me in conversation with Rogério Ribeiro in Portuguese [parts one, two, three and four]

If that wasn’t enough, Daniel Cardoso also made audio recordings of the talks which he has sent to me suggesting that some people might be interested in having them to listen to in this format.

So here is the talk on world building (in English), and the conversation with Roger Ribeiro (in Portuguese).

4 Replies to “more from Fórum Fántastico”