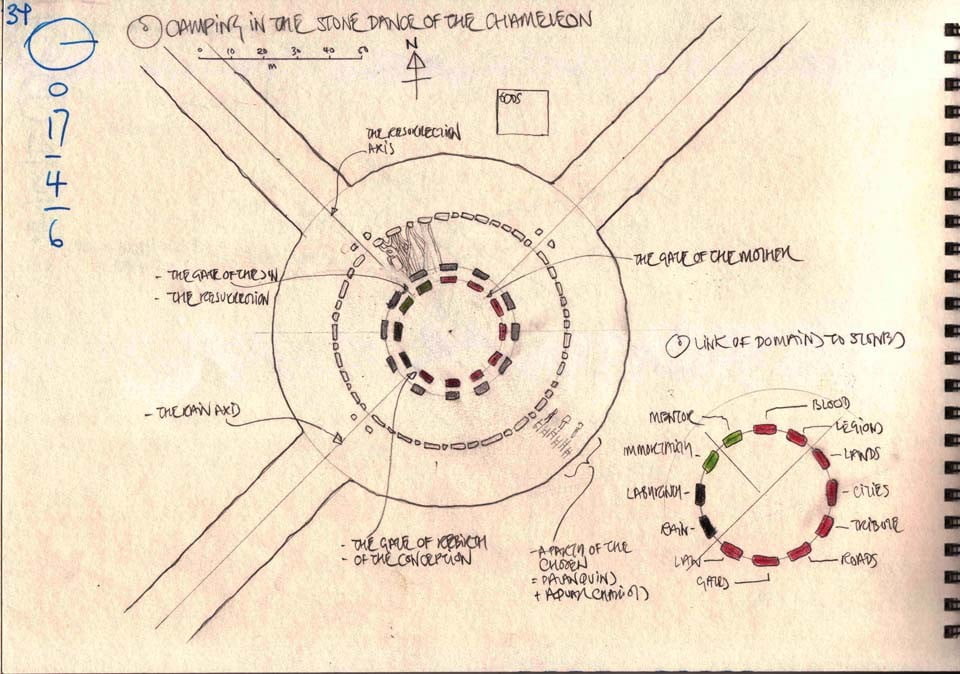 the Stone Dance of the Chameleon in the Plain of Thrones 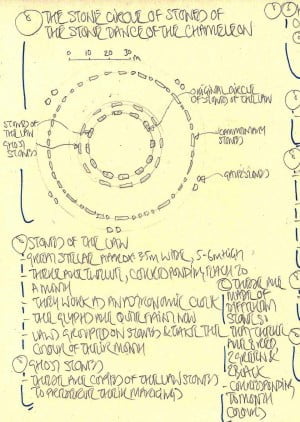 plan of the Stone Dance of the Chameleon

The Stone Dance consists of three concentric rings of stones: the 12 calendrical stones, the 12 ‘ghost’ stones and the more numerous commentary stones. There are also three pairs of gate stones that act as symbolic doorways into the system.

The 12 calendrical stones are immense stelae whose colours match those of the months they represent: so that there are 2 black, 2 green and 8 red. Inscribed on their surface, in Quyan glyphs, are the codicils and statutes of the Law-that-must-be-obeyed. The glyphs are considerably worn from milennia of exposure to the elements. The 12 ‘ghost’ stones are copies of the calendrical stones erected at some later date to preserve the weathered inscriptions in an easily legible form. The largest and outer ring contain the commentaries on the Law composed down the centuries by the Wise. The earth between the stones is an elaborately ridged and rutted stone mosaic; it is this that unifies the whole system. The ridges connect the Law to its commentaries in a way that the Wise can read with their feet.