The circular diagram is a plan of Morunasa’s camp in the Labyrinth, with sybling Ichorians forming an outer cordon between 6 sarcophagus columns, and Marula making an inner cordon around a central sarcophagus column. A picture is shown of that central column—a towering figure containing at its core the embalmed mummy of a God Emperor. Figures are shown at its feet for scale. Also shown is the netting stretched between the ankles of the colossus upon which Morunasa hangs his victims. 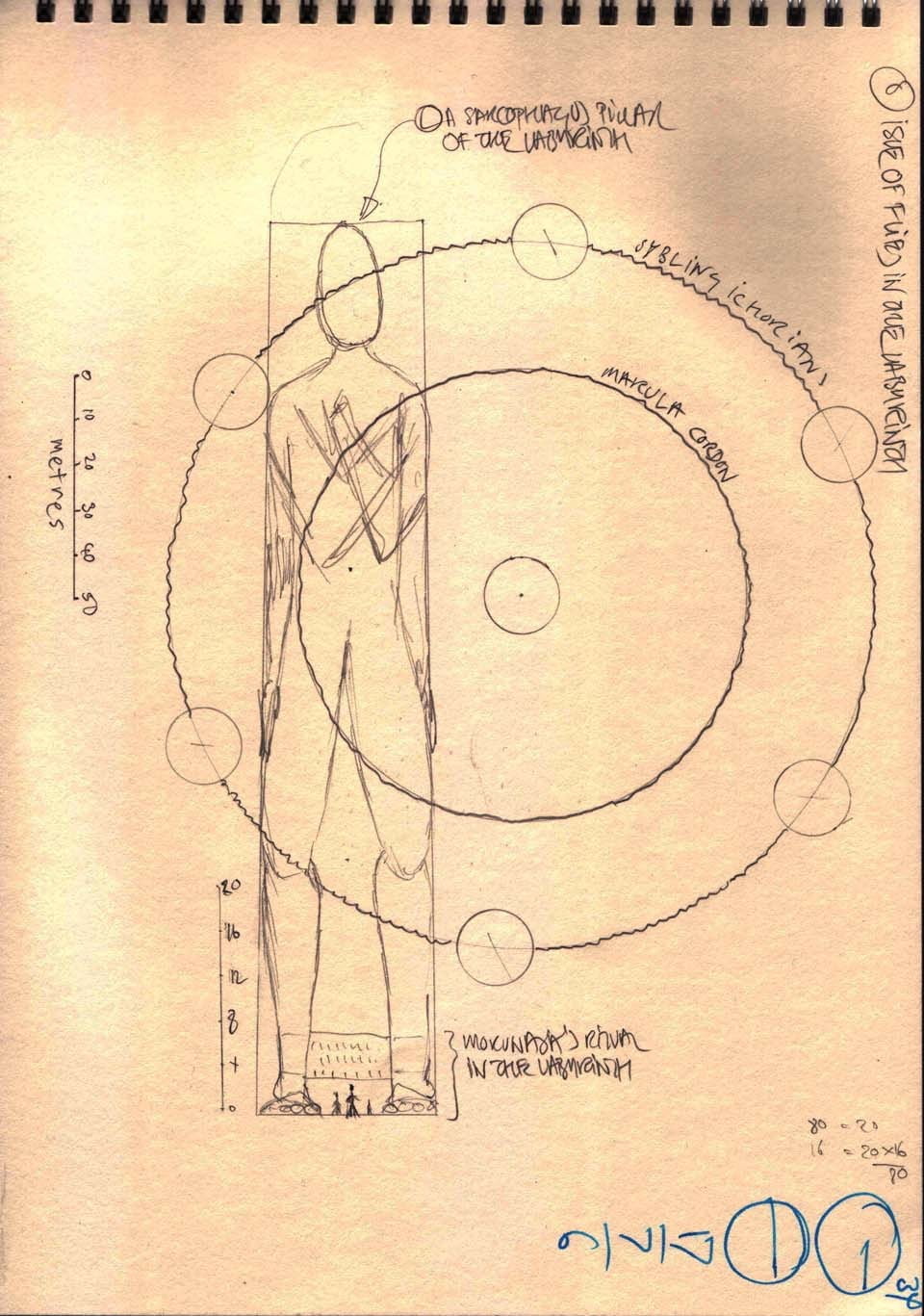