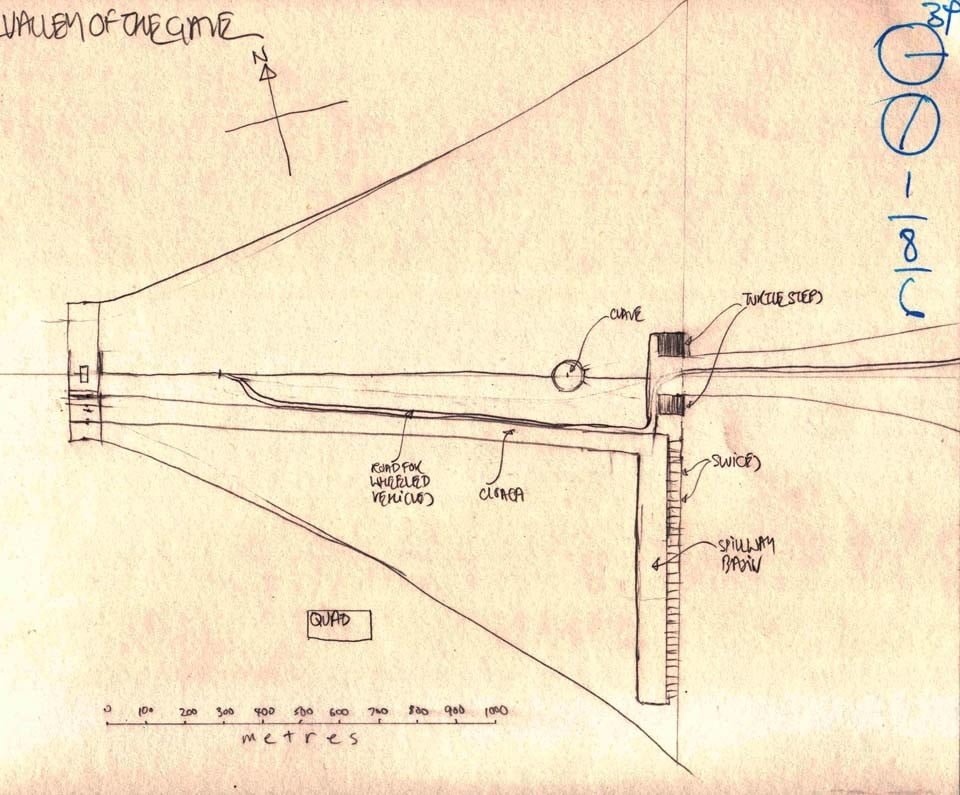 map of the Valley of the Gate

This is a map of the Valley of the Gate—not only the largest coomb in the Sacred Wall, but also the mouth of the Canyon of the Three Gates. On the left, its throat is closed by the Black Gate. The Cloaca passes under this, cuts down through the valley filled with basalt hexagonal columns and, before it reaches the Skymere, it opens into a huge basin. This spillway has been delved into the bedrock so that it is at a lower level than the lake. Slots cut into the rock wall that separates the basin from the Skymere are controlled by sluices. By means of these sluices, the overflow of water from the Skymere into the Cloaca can be regulated. The purpose of this system is to keep the level of the Skymere constant—a task especially critical during the Rains when, if it were not for the Cloaca, the level of the Skymere would rise, flooding the coombs of the Masters.