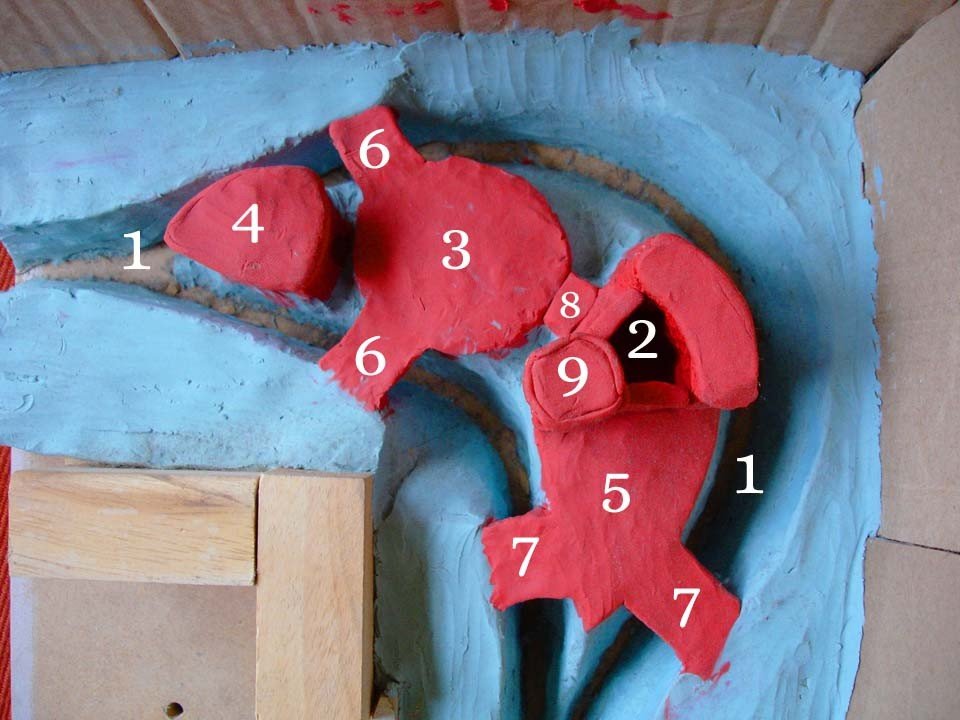 plan of Blood Gate - model viewed from above 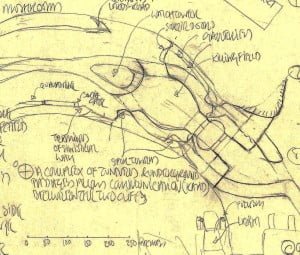 initial conception of the Blood Gate

These two images show how, by making the model, I refined my understanding of the structure of the Blood Gate. From above, it can be seen how its structures all sit upon its ‘island’ rock—a portion of the Canyon floor left isolated by having branches of the Cloaca chasm (1) pass it on either side. The Blood Gate proper (2) consists of two towers (one considerably larger than the other) linked together by two massive sets of double gates. Behind the Blood Gate is a large open field (5) that is joined to both sides of the inner Canyon floor by bridges (7). The front of the Blood Gate connects to the Killing Field (3) by means of a bridge over a ‘moat’ (8). The Killing Field connects to the two sides of the outer Canyon floor by means of two further bridges (6). Rising beyond is an immense tower-fortress called the Prow (4)—note that there is another ‘moat’ between the Prow and the Killing Field.

The tower in which Carnelian takes up residence is the smaller of the two (9).