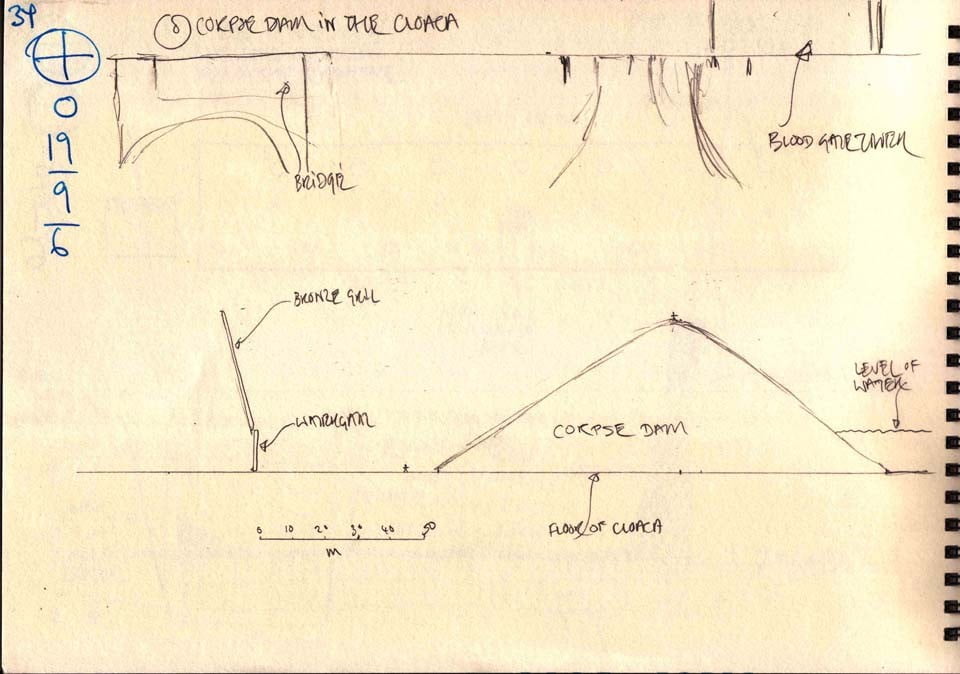 side view of the Cloaca with corpse dams

This shows a side view of the Cloaca looking north-west towards the ‘island rock’ upon which the Blood Gate complex is built. The horizontal line at the top of the diagram shows the top of the rock—the Killing Field in the centre, to the left the bridge that connects that to the outer canyon—to the right, the ‘moat’ and then the base of the Blood Gate itself. But what this diagram is really about is the corpse mound (one of two—there is another in the other branch of the Cloaca on the other side of the ‘island rock’) that has built up from the corpses ‘bulldozed’ from in front of the Blood Gate by Carnelian with his dragons, that then tumbled down the ‘moat’ into the Cloaca. Tiny figures, one on top of the ‘dam’ and another in front of it, show the scale. The level of the water building up in the Cloaca behind the dam is also shown.