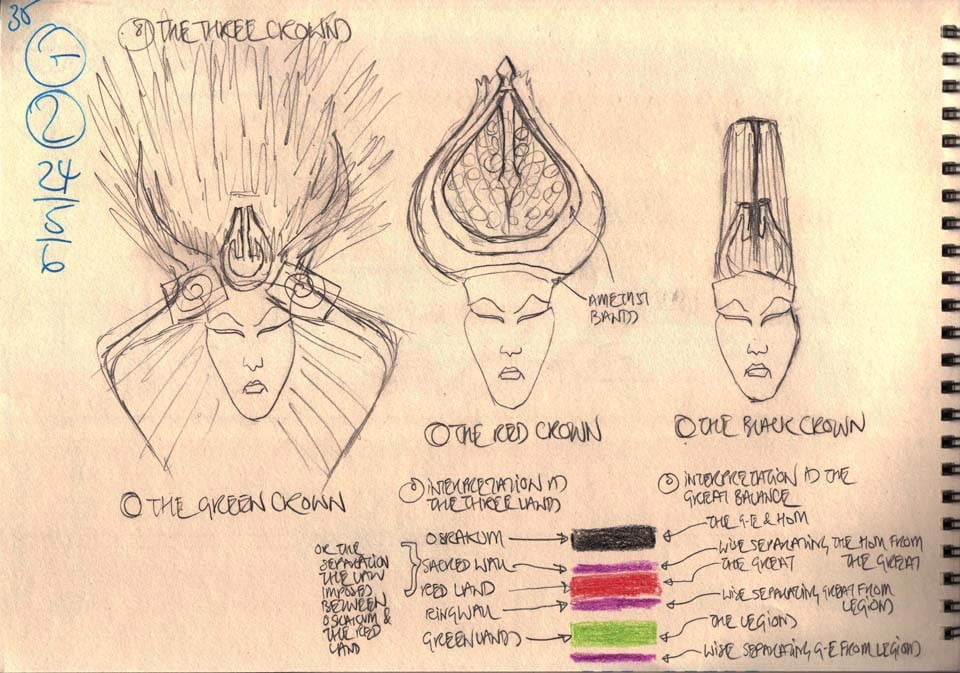 the Three Crowns of the God Emperor 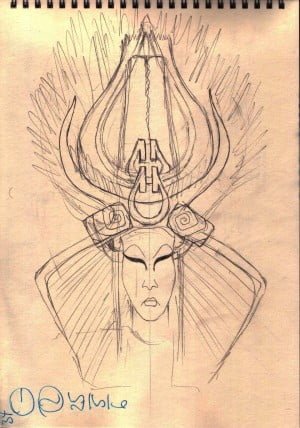 The second diagram shows the Three Crowns assembled into the Triple Crown. The two spiral plaques attached to the Green Crown symbolize the Law. Note also how the Green Crown evokes the four horns of a dragon thus symbolizing dominion over the legions. Also note that the Green and Black Crowns are each surmounted by an il, or horned-ring, symbolizing divinity. Together, they represent the Twin Gods.